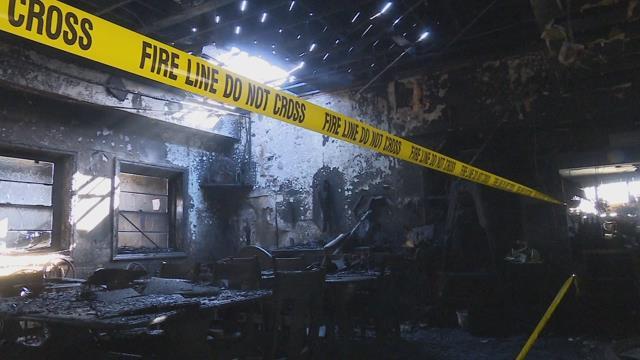 Papa Joe’s has been open in Mishawaka for years, but Tuesday, a fire severely damaged the restaurant.

The family Italian eatery is now unrecognizable and ashen on the inside.

Owner Gina Nove says Joe’s was much more than a business to her, it was a reminder of her late mother.

“She put all the decorations in here, and really, everything she bought herself, one piece at a time,” Nove said.

Nove took over the family restaurant when her mother died.

“I kept it running because I love my mom. I love the customers,” Nove said.

Customers like Linda Scott, who lives across from Papa Joe’s, also have fond memories of the restaurant.

“I walked right over there and got it. They put it in sacks for me and helped me across the street,” Scott says of picking up takeout.

Although Joe’s was only open two days a week, Scott says her Mishawaka street was always lined with customers on the weekends.

While the outside structure hardly looks different after the fire, the inside is black and ashen.

Mishawaka Fire hasn’t yet confirmed what caused the flames.

While Nove waits for the full report, she’s contemplating whether the doors will ever reopen.

“I’m just at the point where I just feel kind of lost, not because this was my bread and butter, but because, it was like part of my heart,” Nove said.

Nove and her husband have full-time jobs outside of Papa Joe’s, as do most of their employees.

Their home, adjacent to the restaurant, was not touched by the fire.