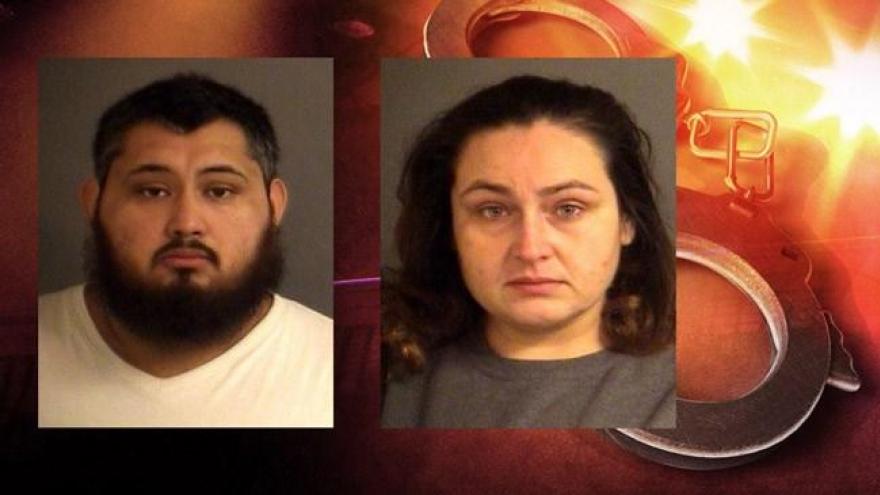 Two people are facing charges for allegedly stealing money from a relative of one of the suspects, according to court records.

The victim contacted the Pendleton County Sheriff's Office in Falmouth, Kentucky on October 25, 2016 to make a report about unauthorized transactions on her bank account in South Bend, according to court records.

She told deputies she had received an ATM card but it had either been lost or stolen. She said she has never used an ATM and doesn't drive, but her ATM card was used to purchase fuel and to withdraw money from an ATM.

She told deputies there were two checks issued to Granado, who is dating her niece, Zmyslo.

South Bend Police began investigating and discovered the two checks written to Granado were each for $250 and were cashed in September 2016. Each contained the victim's forged signature, according to the probable cause affidavit.

Police obtained surveillance images of the person who cashed the checks and confirmed it was Granado, police said.

Bank employees provided photos of the person who made one of the unauthorized ATM withdrawals and police identified the person as Zmyslo.

Granado was charged with two counts of counterfeiting.

Zmyslo was charged with six counts of fraud.