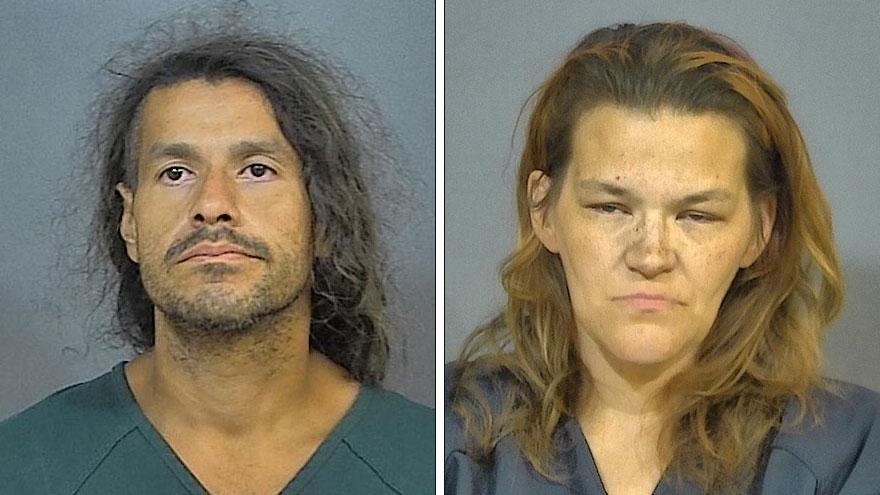 ST. JOSEPH COUNTY, Ind. -- Two people have been charged with burglary for allegedly breaking into a vacant home on Auten Road on August 18.

A resident called St. Joseph County Police after stopping a suspect who was allegedly attempting to take things off his property.

He told police the suspect then walked in the direction of a vacant home.

The officer then went to the vacant home and found the back door open and several items lying on the ground.

A blue pickup truck was pulled up to a pole barn and there were items loaded into the bed, according to the probable cause affidavit.

The officer made contact with Jessica Frazier, who was near the truck, and David Cervantes, who was inside the pole barn, reports said.

Both admitted they did not have permission to be on the property, reports said.

Cervantes told the officer he had been cleaning up the property for the past three or four days and taking items to the scrap yard, reports said.

Cervantes also told the office he went inside the house to look around, reports said.

Officers contacted a neighbor who said the house belonged to her father, who resides elsewhere.

She said the front door of the house had been kicked in a few weeks and had been repaired.

She identified several items that had been removed from the house and garage according to police.

Frazier and Cervantes have each been charged with one count of burglary.