Paralympian arrested for murder of girlfriend 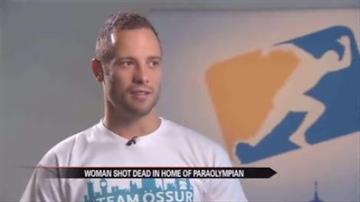 The paralympian has been charged in her death.

The 26-year-old Pistorius became the first paralympian to compete in the able-bodied 2012 Olympic Games.