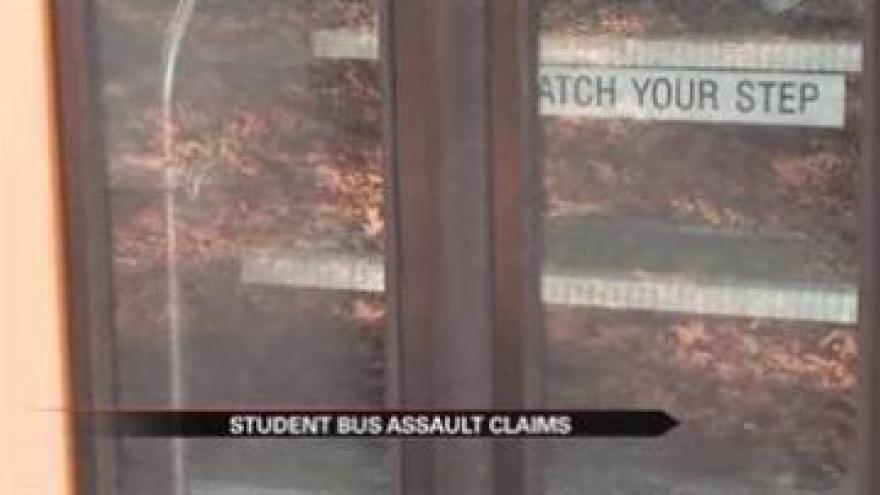 He said the bus driver, Mark Wainscott laid his hands on him and started to choke him. The student says Wainscott called the police and an officer showed up and took him home.

Sharon Woods, the child's mother says she has been trying for weeks to file assault charges against the bus driver since the October 3rd incident. ABC 57 News confirmed with South Bend Police that an officer did come out to Woods house and took the report.

Woods said the officer told her that a detective should be assigned the case by Monday and they would certainly look into the incident.

ABC 57 visited Woods' house on Thursday where she and her son Kalvin Flagg Jr., live.

Kalvin said, "Then he (Wainscott) took my hat and threw it on the ground and I said don't touch my "S" and that's when he grabbed me and shoved me against the window and choked me."

Flagg is a junior at Clay High School. He says on October 3rd on their route home from school, his bus driver abruptly pulled over the school bus and came back to his seat and told him to stop using profanity on his bus.

Kalvin said back to the driver, "I didn't hear you cause I had my headphones on."

Kalvin claims he was looking out the window listening to some rap music singing along with the lyrics when this all happened,

He said, "I didn't know it was going to escalate that deep." Then he said the driver tried to choke him.

"Honestly I thought I was going to get removed in a police car and get home or probably get suspended or something like that," said Kalvin.

He was taken off bus number 30 that day by police and dropped off at his mom's house where he lives.

But after more than three weeks his mom says she's frustrated that the South Bend Community School Corporation's Transportation Department hasn't returned her phone calls. And just up to yesterday the police hadn't either.

"I'm not saying my son is right for using profanity language on the bus because he is not but at the same time you can not take your matters in your own hands. You can not put your hands on somebody else's child," Woods said.

Woods wanted school officials and police to pull the video tape from bus #30. However ABC 57 News spoke with school officials back on October 5th when we were first alerted about this alleged assault and we found out that bus #30 doesn't have a video camera on board.

The school official told us the bus is owned by a private individual, not the school corporation, therefore the bus doesn't have video equipment.

Sue Coney, the SBCSC's communications Director told ABC 57 that Kalvin was reassigned to another bus after this October 3rd incident .

She also says they are not internally investigating this incident because they were unaware that the bus driver physically assaulted the student. Coney says if the police investigate the student's claims then of course they will cooperate.

Sharon says no one informed her that Kalvin has been reassigned to another bus route, in fact she's been taking him to school everyday since the incident and it has been rather tough considering she has a newborn son at home to take care of.

"He does need his education, it isn't his fault the bus driver blew up," she said.