Parents fear for kids at bus stops on S.R. 23 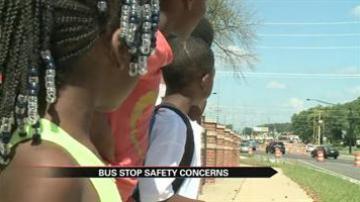 SOUTH BEND, Ind. -- With construction on one side of State Road 23 and traffic on the other, there’s little room for school buses to pull over.  And parents of the children who wait for the bus along the four lane highway, fear the worst for their children.

"I think they might actually wait until one of these kids get hit," said Natasha Dotson, a concerned parent.

Because of the construction, some of the kids have to run into the street to get on the bus.

And if that is not dangerous enough, parents say it gets worse.

Police say that is breaking the law, "If the red lights are flashing on the bus, both lanes have to stop, there's no exceptions, all traffic in all directions has to come to a stand still," said Phil Trent with the South Bend Police Department.

Most days, during rush hour, a State Trooper sits on State Road 23, but parents say its when the police are not around that speeding is a problem.

Parents worry that even once this expansion project is complete, the school bus stopping on a four lane highway will be just as dangerous.

The parents would prefer the bus picked their kids up behind the South Bend apartments complex like they did last year prior to the construction.