Parents fed up with conditions of Michigan City schools 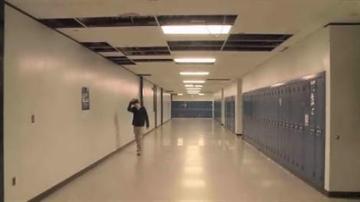 MICHIGAN CITY, Ind. -- Parents say they are fed up with what they call troubling conditions inside Michigan City schools. Administrators say they’re working on a solution to the problem.

A Michigan City parent took pictures of the high school that show ceiling tiles so damaged they ended up in a dumpster. There is mold on the wall and there are buckets lining the hallways.

Kohn says the roof was put on in 1991 and the warranty has run out.

"We are putting a rubberized material over the entire roof of the high school,” said Kohn.

A temporary measure they're hoping the insurance company will cover.

Some parents have voiced their complaints, scared that their children may be breathing in poor air-quality due to growing mold.

Environmental testing that was done last month reveals the air is clean.

High school parents aren't the only ones who are complaining and voicing their concerns.

So are some of the parents at the middle school level.

"The hail damage is pretty widespread On the roof,” said Kohn.

The roof was installed in 1993 and the warranty is long expired.

As soon as summer break starts, both schools will get new roofs.

"For each project were seeking a $2 million general obligation bonds,” said Kohn.

"I think the schools should be updated,” said James Sobecki, Michigan City taxpayer.

The roofs will be replaced because the school board has already approved it.

That means taxpayers are picking up the bill.

"I have no problem supporting the $6 year's tax,” said Sobecki.

“I think you constantly have to put improvement into the school system to show improvement,” said Michigan City grad Ray Alexander.

He believes some taxpayers won't be too happy to help.

“It does seem like a small amount but given that times are hard I do think more people will fight the issue of having to pay it,” said Alexander.

The two $2 million bonds needed to fund the roofs were approved at the last school-board meeting.

The new roofs are expected to be complete before the next school year begins in August.