Parts of downtown evacuated after charity fills with gas 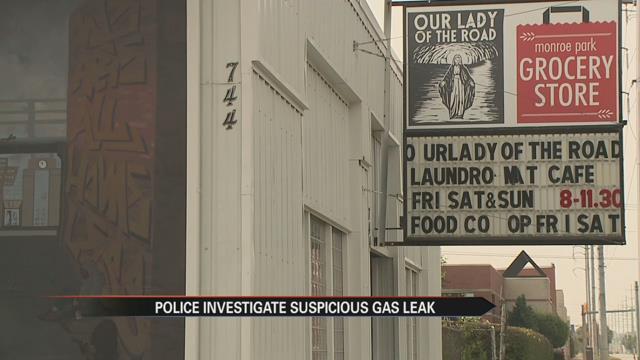 A building normally filled with volunteers working to help homeless families in the community was filled with natural gas on Monday morning. The Center for the Homeless, Miller's veterans center, and all businesses in the 700-block of Michigan and Main Streets had to be evacuated.

The South Bend Police Department said police have investigated two incidents recently where a suspect broke into Our Lady of the Road, turned on the burners, and left the Catholic charity.

Sergeant Bill Kraus explained why they evacuated everyone within 500 feet of the building.

Kraus said, “A reading of 4-percent or higher is a flammable problem. Things can explode, and we were at 2.6-percent so we were at over half way to that.”

Kraus said that NIPSCO shut off gas and power to the building.

Kraus said, “Luckily a lot of the other businesses were closed because of the holiday.”

Kraus said no one was hurt.

A staff member and board member at Our Lady of the Road said she got to work and smelled gas outside and they were asked to evacuate the parking lot.

Margaret Pfeil said, “This is a center where people come for breakfast and they’re able to take showers and do laundry and just be in a safe space.”

On Monday ABC57 filed a public information request for all incident reports involved this type of suspicious activity at the charity to find out how many times it has happened.

Our Lady of the Road said they plan on being open on Friday as scheduled.