Parts of Michiana brace for flooding 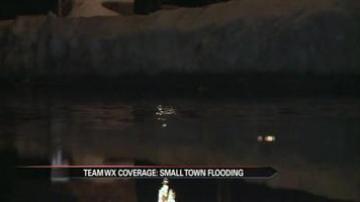 KOSCIUSKO COUNTY, Ind. --Towns across Michiana are preparing for the possibility of major flooding.

Lake communities such as Syracuse in Kosciusko County have been hit hard with flooding and now, the fear of more flooding is back.

Large snow mounds, many taller than cars, are beginning to melt.

Syracuse Town Manager Henry Dejulia says they have seen no significant flooding as of yet, but is getting more concerned as temperatures warm up.

He says the town has a flood control dam nearby that controls Syracuse and Wawasee Lake.

But he says getting sand bags ready and preparing for a potential flood is important.

“I think a couple things we’d have to look at and worry about is if it were to rain. Or again, if it starts to melt real fast, because the ground is already frozen, there’s no place for it to dissipate. And then we’d have a big run off and that could potentially cause a lot of problems,” he said.

As the temperatures get colder Tuesday night it could cause some water to refreeze.