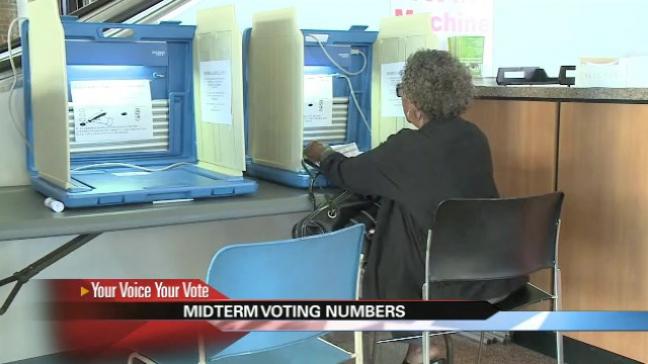 The general election is next Tuesday, November 4th. The St. Joseph County Clerk says just 6-percent of all registered voters in the county actually voted in the primary election in May.

“Considering we only had 6-percent of the voters come out at the primary, it was really pretty disheartening,” St. Joseph County Clerk Terri Rethlake said.

Party leaders want to make sure more voters turn out next week.

St. Joseph County Republican Party Vice Chairman Jake Teshka said he worries some people may not see this election as important as national and congressional elections.

“This year is just as crucial if not more crucial than those years,” said Teshka.

He said local government offices, like the county prosecutor and the county council, have more of an impact on your daily life than many realize.

“You hear on the news all the time about the national politics and what's going on with the president and the congress, but really it's the decisions that are made here locally, on a daily basis, that affect how we live,” Teshka said.

“I think what people don't realize is the decisions that happen on the local level tend to affect them more directly than things on the congressional level or even the national level,” Critchlow said.

Both teams said they are working overtime to make sure voters hit the polls Tuesday.

So far, a little over 5,000 absentee ballots have been submitted.

“You may not think that your vote matters but it does,” Rethlake said.

The deadline for early voting is Monday, November 3rd, at noon.

Voters can vote at the County City building in South Bend or vote at the Mishawaka County Services Building.