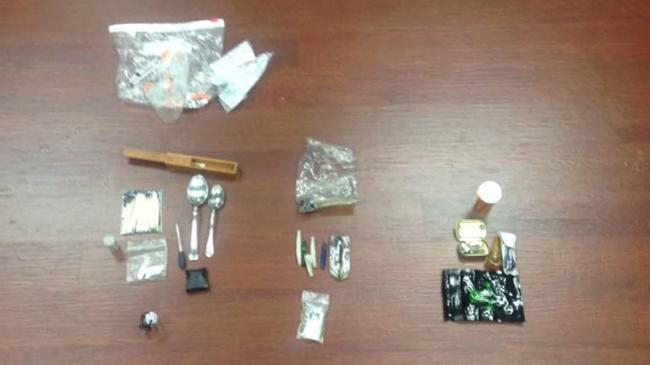 The passenger in a vehicle pulled over for a traffic stop was arrested on drug charges early Thursday morning, according to the Elkhart County Sheriff’s Department.

A deputy initiated a traffic stop on the vehicle in the area of CR 26 and CR7 and the driver pulled into the parking lot of the Elkhart County Jail.

While impounding the vehicle for false registration, deputies say they discovered the passenger, 28-year-old John Ray, was in possession of a heroin, methamphetamine, marijuana, hypodermic needles and drug paraphernalia.