Patrolman recognized after saving a life 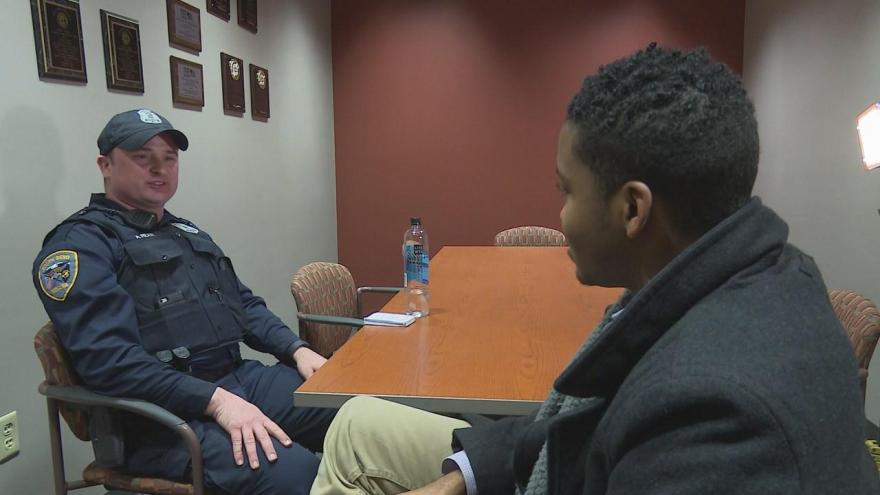 One local patrolman was recognized for his quick thinking that saved a young woman’s life.

Less than two years into working for the South Bend Police Department, the former carpenter from Walkerton turned officer is already receiving much love here in South Bend.

Yesterday, patrolman Andrew Ream was honored online as the civilians’ officer of the month.

It’s a proud achievement for him, but he’s just happy to have the opportunity to serve and protect the community.

“It’s definitely a proud moment but again, I feel like I was doing my job,” said Ream. “Every day’s a little bit different; I like that facet of the job.”

It was a day that started like many others.

Patrolman Ream left the station and headed to check in on a driver in a bit of a weather-related jam.

“I had seen a vehicle on Cleveland Road in that was disabled in the middle of the road and they were changing a tire,” he said.

Two young drivers were having tire troubles in the middle of the road.

Ream says they called help from parents before calling the police.

“They both called their dads to come, you know, dads to the rescue,” said Ream. “Her dad had the tire basically on by the time I got there; he was tightening up the last couple of lugnuts,” he said.

But after the car problems were fixed, it was Ream that would step in to the rescue.

“I noticed coming westbound a jeep traveling, starting to lose control, I said ‘watch out, watch out, ‘and she kept walking so I just grabbed her and pulled her to the side,” he said.

His quick thinking prevented the worst from happening.

“No injuries at all, just kind of those I can’t believe that just happened moments,” said Ream.