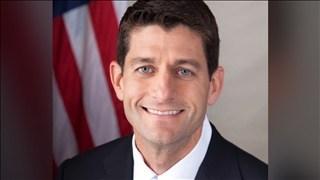 In an op-ed for the Janesville Gazette of Janesville, Wisconsin, Ryan -- who sparked a political firestorm last month when he told CNN's Jake Tapper he was "just not ready" to back his party's nominee -- says he is now convinced Trump will advance the Republican agenda.

"I feel confident he would help us turn the ideas in this agenda into laws to help improve people's lives. That's why I'll be voting for him this fall," Ryan wrote.

He added, "It's no secret that he and I have our differences. I won't pretend otherwise. And when I feel the need to, I'll continue to speak my mind. But the reality is, on the issues that make up our agenda, we have more common ground than disagreement."

Since Ryan's announcement early last month that he wasn't yet ready to back Trump, the two have met and spoken by phone. A source close to Ryan told CNN the speaker made the decision earlier in the week, but declined to speak on the discussions between the two, saying the op-ed "speaks for itself."

"He didn't give Mr. Trump a heads up. This was always going to be the speaker's own decision on his own timeline," the source said.

Democrats on Thursday appeared eager to use the endorsement against the entire Republican brand, once again arguing there is no distance between any Republican congressional candidate and Trump.

"House Republicans will be inseparably tied to their toxic front-runner in November, case closed," said Meredith Kelly, a spokesman for the Democratic Congressional Campaign Committee.

News of his support for Trump broke just as the likely Democratic nominee, Hillary Clinton, began a foreign policy speech in San Diego in which she bashed Trump as a threat to national security.

Ryan criticized Clinton, writing: "A Clinton White House would mean four more years of liberal cronyism and a government more out for itself than the people it serves. Quite simply, she represents all that our agenda aims to fix."