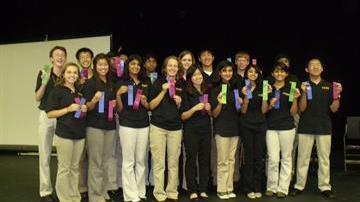 WINAMAC, Ind. -- Penn High School's Spell Bowl squad notched their second invitational win of the young season on Monday night when they topped a seven-team field at the Winamac Invitational.

Previously the Kingsmen won out at the East Noble Invitational.

The scores at Winamac were as follows:

Next up for the Penn Spell Bowl team is the Lakeland Invitational on Tuesday, Sept. 27.

(Source: This was a press release courtesy of  Joe DeKever)