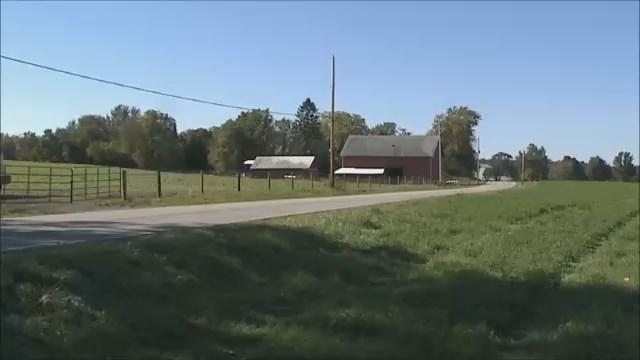 Several people in a neighborhood close to Mishawaka say they have expressed their concerns about some type of liquid that’s continuously spilling from a truck onto a spot of the road. Now they’re saying they want something done about it.

“They’re getting rid of this liquid from somewhere,” said one concerned resident in this area.

Folks I talked to say it’s slippery and the speed limit on this road is 45 mph. They say that’s a bad combination.

One man says he thinks he knows where it’s coming from.

“There’s been two tanker trucks in the area probably for a couple weeks, and they’re carrying some kind of a liquid. It’s almost a translucent but it’s a dark color. First time I seen it, I wasn’t very far behind the truck and the road was really wet,” he said.

And he says it’s a careless act.

“A lot of times they leave the valves open on the trucks and they’ll be dumping that liquid on Dragoon Trail and on Dogwood and Basswood both,” he said.

He even made a report to county police, but says he can’t say for sure who owns the trucks he sees driving down his street.

“You don’t know what it is. There’s no markings on the truck,” he said.

So he hopes this leak stops soon before anyone is hurt.

The fact that it’s slippery – if you’d come along here in a car unbeknownst to that liquid on the road or even worse yet a motorcycle… I’m just assuming that they’ll get done getting rid of whatever it is they’re getting rid of and hopefully be done with it,” he said.