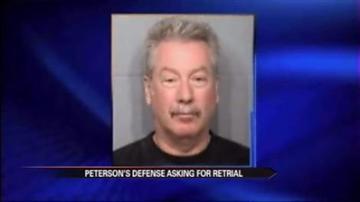 Drew Peterson's lawyer could be called to testify.

Peterson was convicted in the 2004 murder of his third wife.

Peterson's new defense team is asking for a re-trial.

His lead attorney was on the defense team and says Peterson's trial was botched by his former attorney's decision to call a divorce attorney to testify.

His attorney says this is their last attempt before sentencing.

"We're definitely facing an uphill battle today, but I'm confident I know the law is on our side. I know the facts are on our side," said Steve Greenberg, defense attorney.

His current and former attorneys have even argued over the call for a re-trial but that could all play out in court if Peterson's former attorney takes the stand.