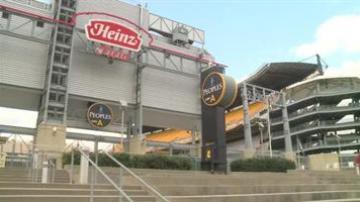 PITTSBURGH, Pa. -- Last year the Fighting Irish defeated the Pitt Panthers in triple overtime 29-26. A few fans said this year is their chance for revenge. A win for the Panthers could put them back on track to be eligible for a BCS Bowl game.

"When we missed the 32-yard field goal to win it, that would have changed the whole football season last season, so that hurts a lot so we're going to get some revenge this year," said Pitt student Will Kottcamp.

"It was upsetting, I mean I'm a big football fan and wanted to see Pitt do well for once especially during a season that we weren't doing as well as we'd hoped to and actually winning that game would have been huge for us," said Pitt student Will Barrington.

They say last year's game is proof that Pitt can pull out a win this year.

"I believe Pitt can beat Notre Dame because even last year when Notre Dame went all the way to the championship game and we barely lost to them so I think Pitt has a good chance of doing it," said Barrington.

Panther fans admit it will be a nail biter.