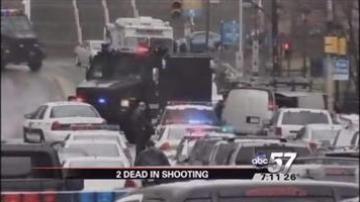 PITTSBURG, Pa.-- A psychiatric clinic is trying to make some sense out of a deadly shooting that happened there.

Thursday, a gunman killed himself and 25-year-old Michael Schabb.

He also injured seven more people at the clinic.

The shooter has been identified as 30-year-old John Shick.

The Mayor of Pittsburg, Luke Ravenstahl said,"The police acted admirably and did engage in gunfire,there were multiple shots fired during the afternoon."

The clinic sits very close to The University of Pittsburgh.

The school said it sent out an e-mail and text alerts, to warn people of the shooting.