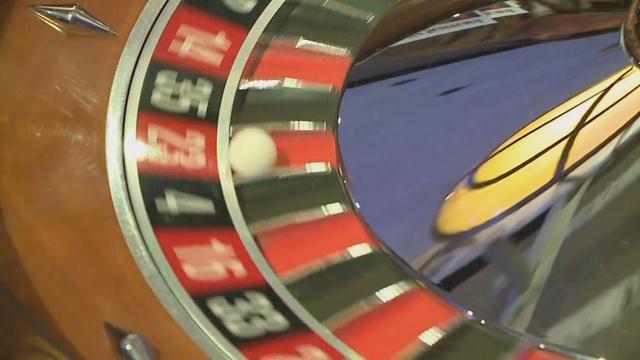 It’s a gamble South Bend residents have been waiting to take for years. Soon, a little bit of Las Vegas could be making its way to South Bend.

Only a few steps remain before construction could begin on Four Winds South Bend, the proposed casino by the Pokagon Band of Potawatomi Indians.

Throughout this process one of the concerns from residents has been the possible environmental effects.

On December 18th the Pokagon Band filed an application for a permit to fill wetlands and alter a stream on the property.

“Our concerns are what does filling in these wetlands do the water tables, does it increase the chance of flooding, what does it do to displace animals in this area, what does it do to the drinking water? These are questions that we want to have answered,” said Jake Teshka of the Citizens for a Better Michiana.

But 6th District Councilman Oliver Davis says those questions have all been heard.

“There have been several hearings. They had several meetings with the Bureau of Indian Affairs that came to town, it was well attended,” said Davis.

The Pokagon Band released a statement saying the public’s concerns are factored into their plans. (full statement at the bottom of the story)

“This public input is a crucial piece of the BIA’s Draft Environmental Impact Statement, which evaluates impacts the Band’s proposed use of Trust Land will have on the environment.”

Teshka has been fighting against the proposed casino for years. He wants a public hearing where engineers and environmentalists offer answers about the possible environmental effects.

“Lets be able to ask those questions and get this out in the open, let’s have a broader public discussion about this,” said Teshka.

Councilman Davis says he’s aware there are possible environmental effects—but says the benefits of a casino in this area still far out weigh the negatives.

“There’s more benefits that come in this development that will benefit the city of South Bend. We look to our sister city in the north, New Buffalo, and others to see how well their city has prospered and the relationships that they’ve had,” said Davis.

The public still has the opportunity to comment on the wetland permit here.

The Pokagon Band has followed, and will continue to follow, all federal requirements during this nearly four year long process of applying for its land to be taken into trust. Public notice regarding the start of the environmental review process for the project was published in the Federal Register on August 24, 2012. On September 12, 2012, the BIA sent letters to federal, state, and local entities and concerned citizens, which included notice of a public hearing that was held on September 27, 2012. In addition, hundreds of local residents attended a public meeting convened by the Bureau of Indian Affairs (BIA) in April 2015. A majority of those who spoke at the meeting were in favor of the tribe restoring its homeland in Indiana. There was also a 90-day period when the BIA accepted written comments from the public.

This public input is a crucial piece of the BIA’s Draft Environmental Impact Statement (DEIS), which evaluates impacts the Band’s proposed use of Trust Land will have on the environment. The U.S. Army Corps of Engineers exercises full control over the wetland permitting process pursuant to federal law, and it issued a Public Notice dated December 18, 2015 concerning the tribe’s wetland permit application. That public comment period, which expired on January 17, 2016, was extended for some adjoining property owners to respond to the public notice. The Pokagon Band takes seriously its long history of and commitment to sustainability and environmental preservation and restoration.