Plenty of rain ahead; potential exists for flooding 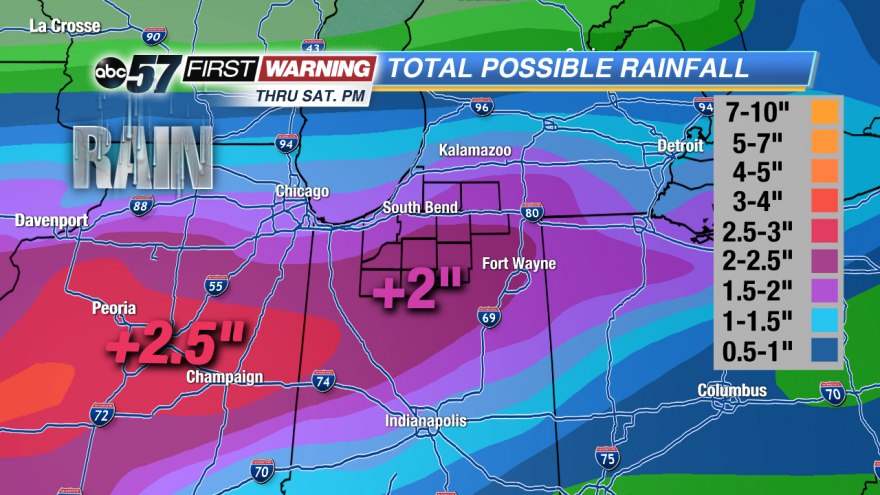 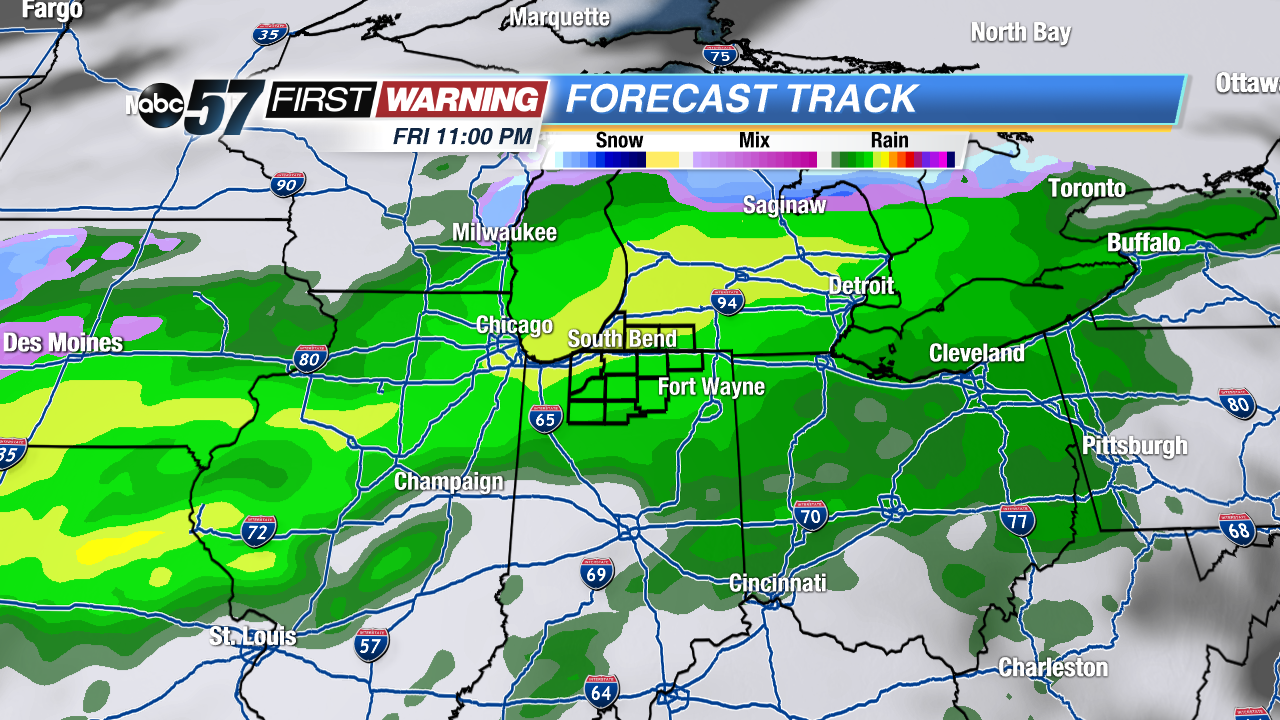 Radar at 11 p.m. Friday.
Enjoy the sunshine thru Wednesday because the forecast will do a complete flip-flop for Thursday, Friday and Saturday. We'll go from not a cloud in the sky to entirely overcast. Not only that, but there will be rounds of showers and even a chance of heavier rainfall. A rogue rumble of thunder can't be ruled out either. The best chance of widespread and steady rainfall will come from Thursday night thru Saturday afternoon. 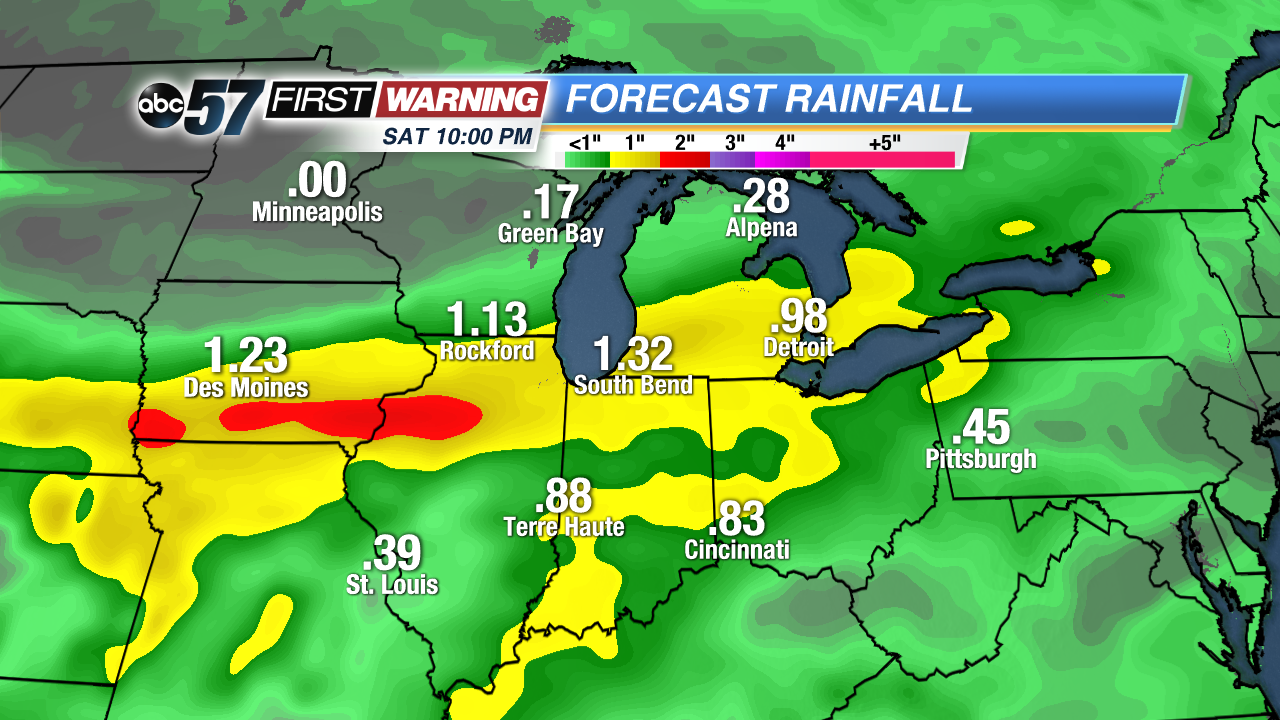 Total rainfall thru Thursday according to one forecast model.
We're not calling for a complete deluge or significant flood event, but the threat for heavy rain is certainly there. All of our forecast models suggest at least one inch of rain over the 3-day stretch. Some models are pushing 1.5" or more. That, of course, is a healthy soaking and could trigger river rises and at least some flood concerns. 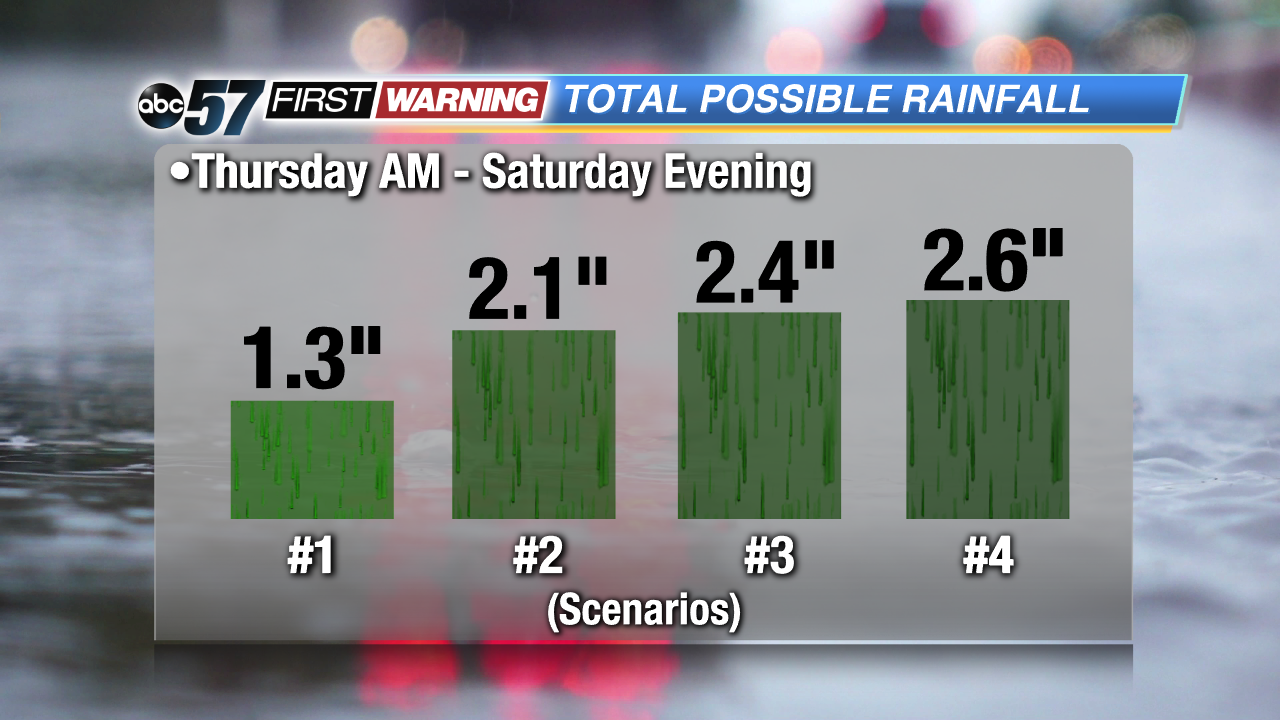 Potential rainfall according to four different forecast models/scenarios.
With such good agreement among the models on 1-2" of rain, the National Weather Service has issued a "Hydrologic Outlook" for all of Michiana. These are typically issued when there is a good chance of a healthy rainfall and flooding in the coming days. The outlook includes phrases like:

•"The potential for heavy rainfall will increase later this week as a series of weather systems moves east along a front that should be positioned north of the Ohio River."

•"Rises on rivers...are likely with some of these rivers possibly reaching flood stage. There is a good chance for minor flooding of lowlands and creeks, especially those that are more susceptible to flooding." 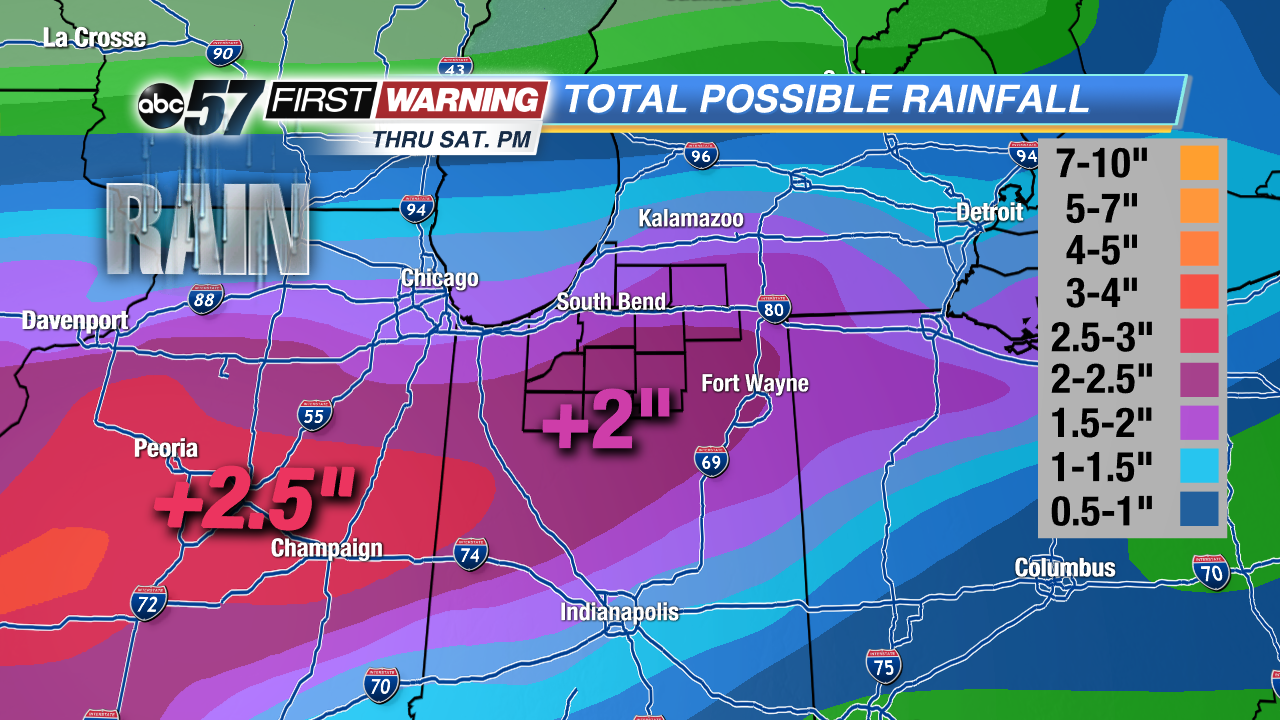 Total expected rainfall according to the Weather Prediction Center. WPC
The official precipitation forecast from the Weather Prediction Center shows at least 1.5" for all of Michiana and surrounding areas. A good chunk of the region even falls in the "at least two inches" category, including Knox, Winamac, Rochester, Plymouth, Warsaw, Goshen, and Syracuse. In summary, we are expecting a healthy and soaking rainfall over a 3-day period beginning Thursday. No, significant flooding is not anticipated at this time. Yes, some flooding is certainly plausible for all rivers, creeks, streams, and low-lying locations.
Share this article: