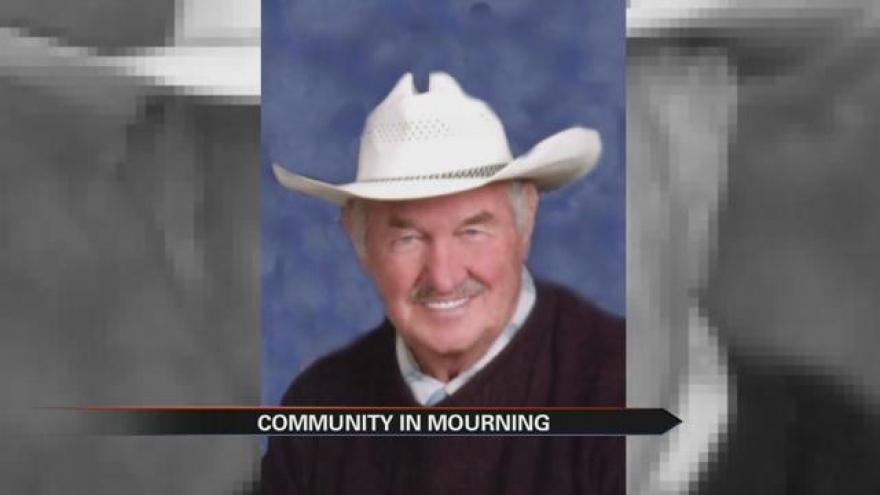 With two men officially charged in the murder of Paul Costello, the Plymouth community is beginning the grieving process.

ABC57 was able to speak with Ralph Costello again, who said that he was "extremely proud to be Paul's brother."

The community is simply proud to have known him.

While friends and family begin to mourn, they are also trying to honor Costello's legacy.

He was known for his faithfulness. Father Craig Borchard, the Parochial Vicar at St. Michael's Catholic church, says Costello was always at the 7:30 a.m. mass, "like clockwork."

Costello's dedication to the church is what alerted people that something was wrong.

"When they didn't see Paul at mass, that was one of the signs that they weren't entirely sure where Paul was," says Father Borchard. "That kind of brought people's attention to, you know, where was Paul?

Friday, almost a week since his body was found on his property off of Lincoln Highway, the community is coming together to mourn.

"There's some sadness in the community right now, just trying to understand what happened," he adds. "And put it all together."

Costello's friend, Jack Davis, worked with him both at Plymouth Community Schools, and on mission trips.  He still can't believe it.

"Just sad. Losing a friend, losing somebody who was very dedicated to our faith, and whatever he could do for people," says Davis.

Father Borchard and Davis remember Costello as a gentle giant, and for doing everything he could for the community he loved.

"He always tried to do what he could, to bring some sort of a harmony to situations," says Davis.

They believe that the surge of people coming to pay their respects at the visitation Friday, including a Plymouth school bus filled with former co-workers, is proof.  Proof of how many people he touched.

"I think that might be the legacy that Paul would also want," says Davis. "You're not doing it for the recognition, you help people because that's who you are."

They both hope that the positive thing that could come of this tragedy, is a stronger bond in the community.

"If there's good that can come out of this, that we can just remember what Paul did," adds Davis.  "Share yourself, share what you have, and try to make positive things happen.  And hopefully, we can have more of that happen in our community."

Paul Costello's funeral is open to the public.  It will be held Saturday, November 12 at 11 a.m. at St. Michael's Catholic Church in Plymouth.