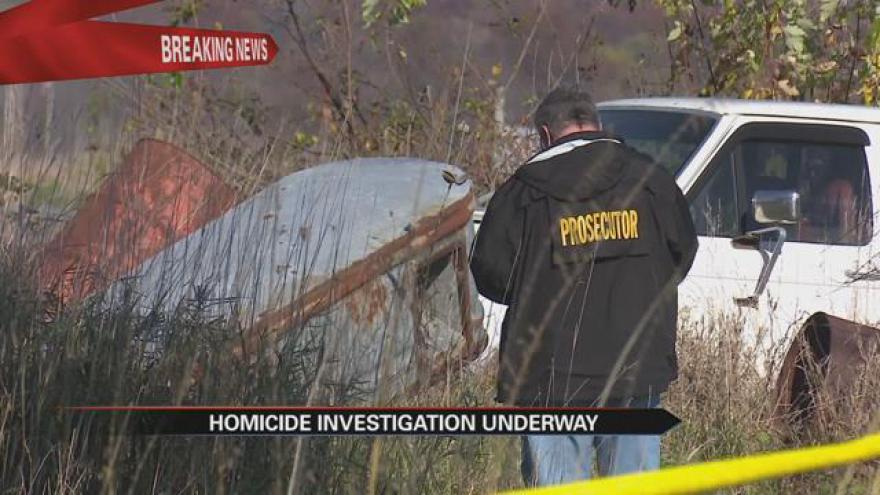 Officials are investigating a homicide just off of Lincoln Highway in Plymouth  Investigators are not able to release the identity of the victim, due to the condition that it was found it.

Police say they have located the homeowner's vehicle that had been missing from the property since the investigation began.

Neighbor Dave Schadek says that the whole community "is a buzz" about the possible murder that took place just 300 yards from his home.

It's a farmhouse with a lot of property. Paul Costello owns this home and others, including this white house, just feet away from his own residence.

Although police have not officially identified the victim, neighbors have their suspicions, and say they have not heard or seen Costello in about a week.

A long time school bus-driver and community man, neighbors had kind things to say about him.  "He cared about the area, and the community, and just everything in general about the community," says Schadek.  "He'll definitely be missed."

Officials are trying to piece together what may have happened at his home, and neighbors left wondering, what went wrong.

"It's been a very safe neighborhood," says Schadek.  "We've lived here, my wife and I, for 28 years. We've raised our three children here."

Sunday night, the Marshall County Prosecutor, Nelson Chipman, has confirmed that two people have been taken into custody.

"Those two individuals were associated with the rental property on Costello's property," says Chipman.

They have been identified as 19-year-old Maeson Coffin and 18-year-old Gauvin Monaughan were taken into custody at the Jefferson County Jail in Watertown, N.Y., just after 5 p.m. Sunday evening.

That is where officials say, they located Costello's car, using sophisticated investigation techniques.

Coffin and Monaughan are being held on a "fugitive hold," until official charges have been brought against them.  Local officials have been granted an arrest warrant for auto theft, and hope they will be extradited back to Marshall County.

For neighbors like Schadek, they just hope this case will be solved, and to feel safe in their homes once again.

"I think this was an isolated incident, but in today's world, you really don't know that," says Schadek.

The victim's autopsy will take place in either Kokomo or Logansport Monday afternoon.