SOUTH BEND, Ind. – Last fall, a mild winter was predicted. This winter has been relatively mild, but one reason why we’ve seen milder temperatures and a lack of cold is due to the polar vortex.

In past winters, like January 2019, the polar vortex has caused extreme cold.

It might be strange to think that the polar vortex can also play a part in mild temperatures, but that is the case for winter 2020. The polar vortex contains the coldest air in our hemisphere. Typically, the vortex circulates strongly around the pole. This keeps the Arctic air at the poles. 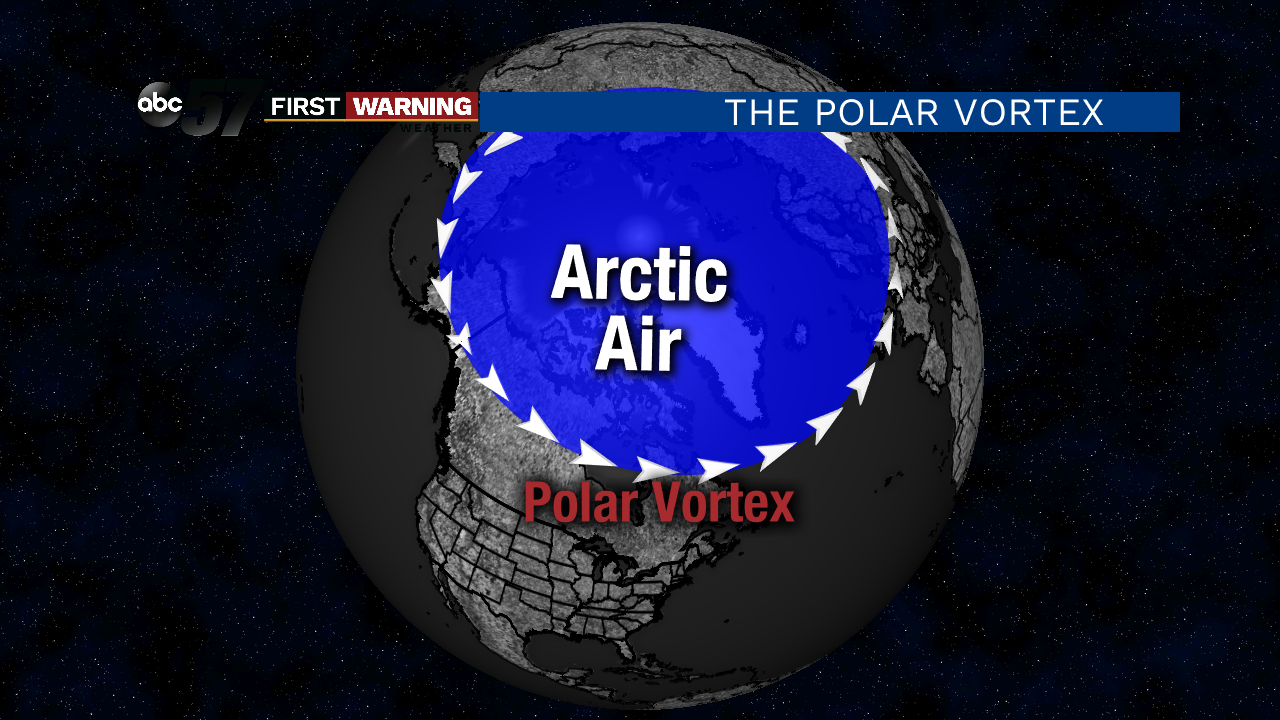 Occasionally, the circulation weakens, and splits, like in the diagram below. 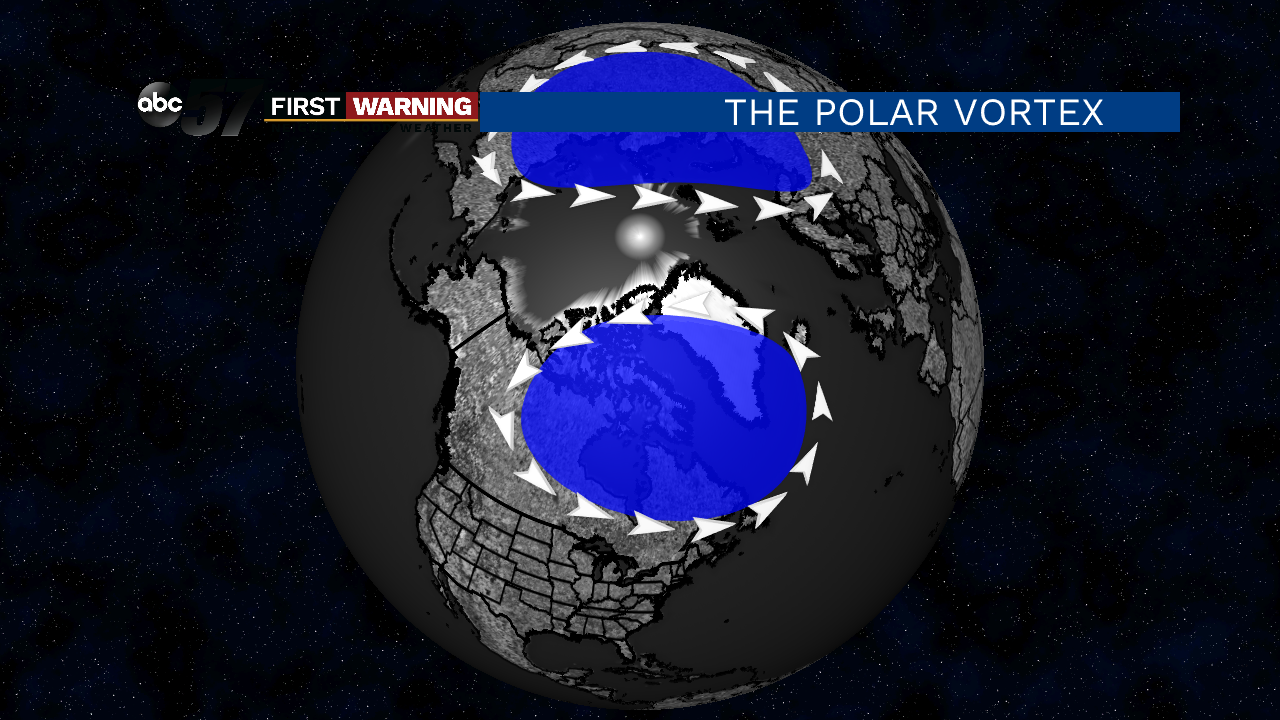 When the vortex splits, it is a chance for a wave of cold Arctic air to stretch beyond the pole. Many times, this cold air can push southward well into North America. This leads to periods of extreme cold (like January 2019). 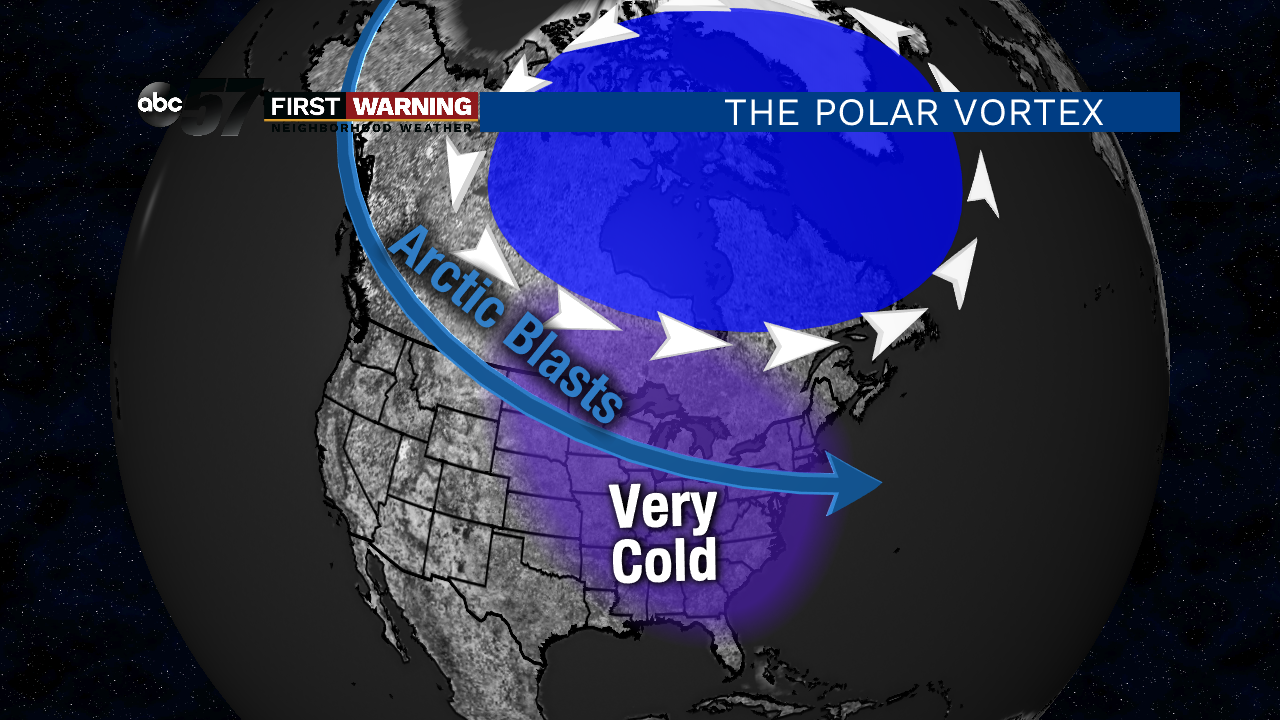 For 2020, the circulation has stayed strong, meaning that we haven’t had this rush of cold air from the poles. Temperatures have been mild for most of the season. In fact, January 2020 temperatures globally were the warmest on record. Each area in red on this map shows where temperatures were above normal for the month. Not only were temperatures above normal in North America, but across the Northern hemisphere. 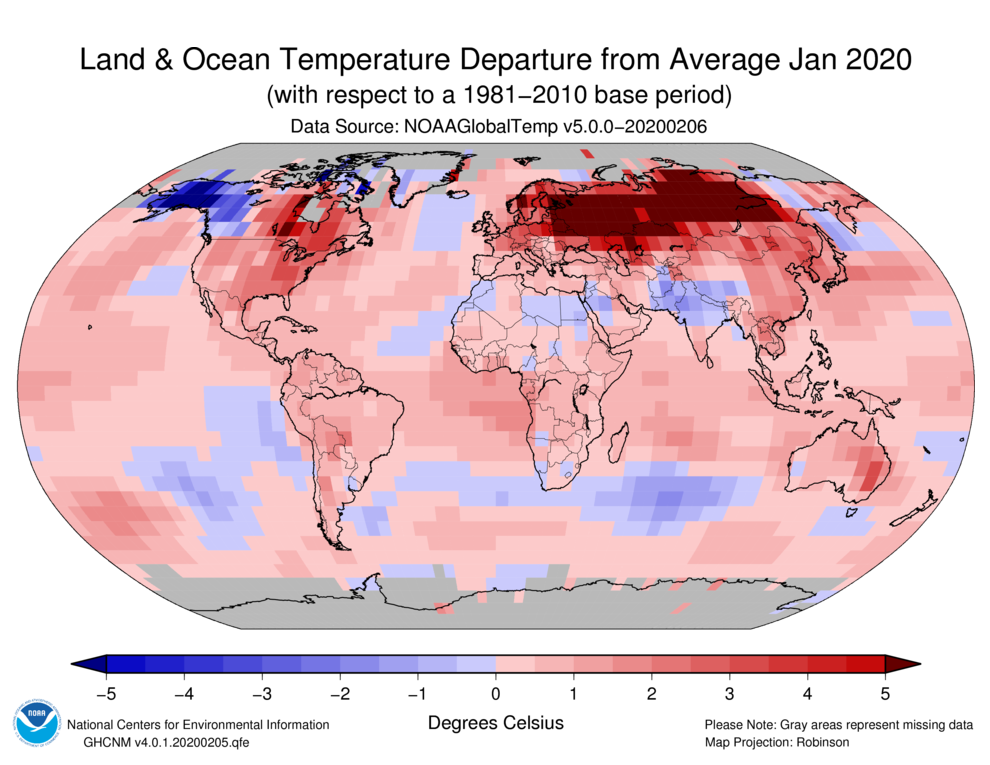 By the middle of next week, cooler air dips into North America, meaning we will see cooler temperatures to end February. 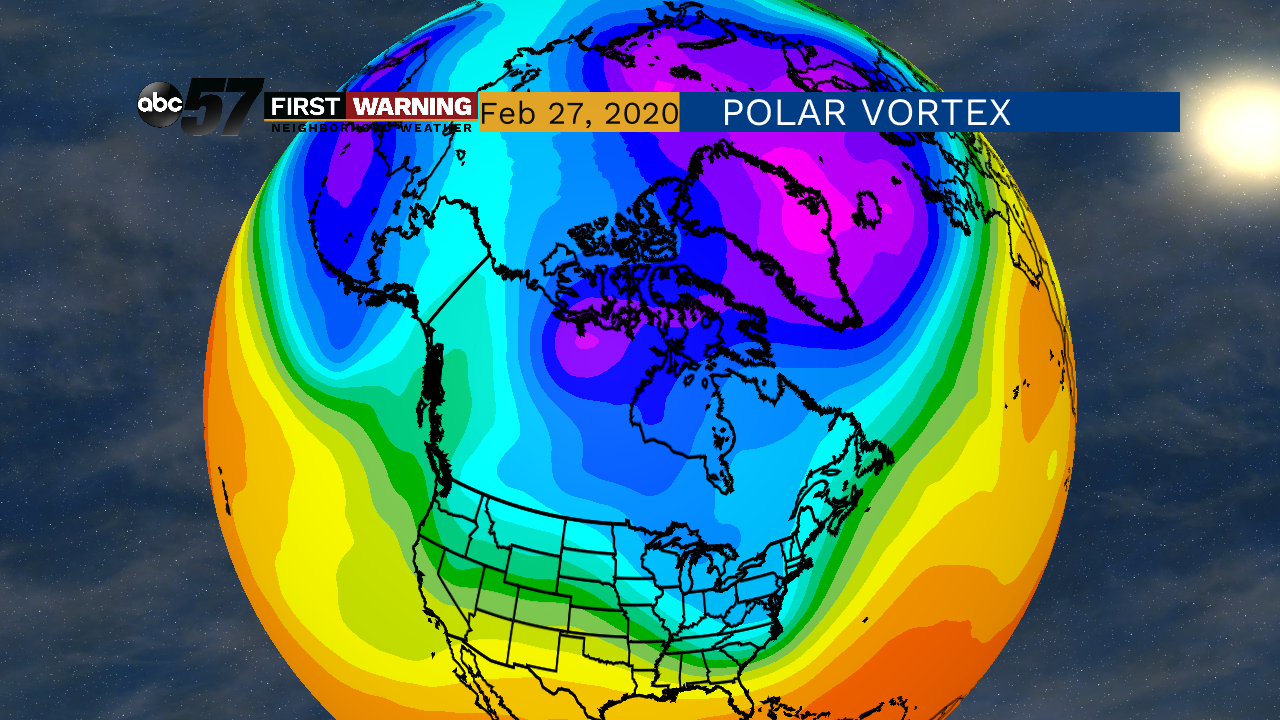