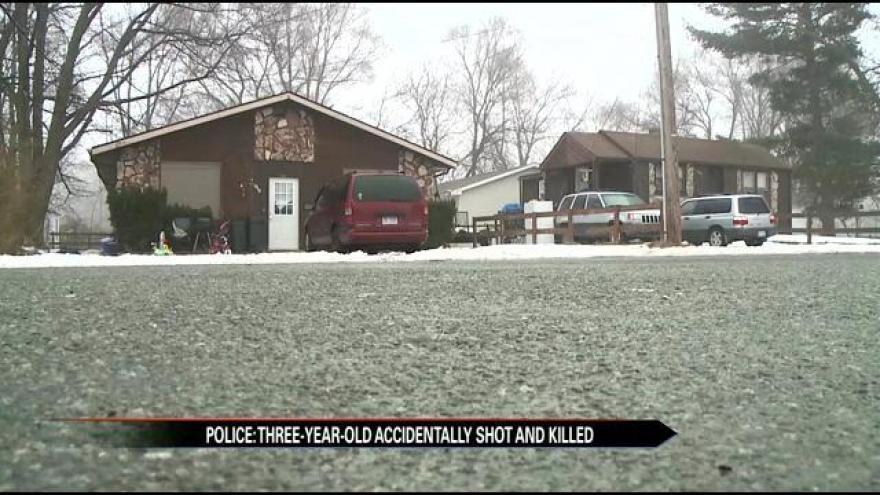 The 3-year-old who was fatally shot early Wednesday morning died of an accidental self-inflicted gunshot wound, according to the Benton Charter Township Police Department.

According to the investigation, the 3-year-old was at home with his parents, Randell and Jennifer Parks, his two sisters and an aunt.

His father was sleeping in one of the bedrooms and his mother was in the living room. The two sisters and aunt were asleep in other bedrooms.

Randell, 3, went into the room where his father was sleeping to go to bed. The mother told police ten minutes later she heard a single gunshot.

The father told police he didn't think his son knew where he kept the handgun while he slept.

The family performed CPR on the child and called 9-1-1. He was pronounced dead at the scene.

Police said two handguns were located at the scene. They were both legally registered to the father.

The gun in the fatal incident was a semi-automatic 9 mm.

The autopsy determined the cause of death was an accidental self-inflicted gunshot wound to the head.

The Berrien County Prosecutor's Office will not be filing any charges.