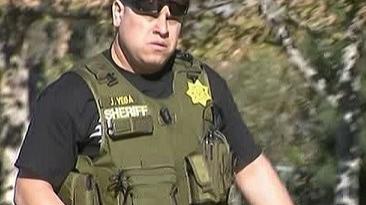 Authorities are searching for as many as three active gunmen, according to San Bernardino Police. And those suspects could be wearing body armor.

Not long before noon Pacific Standard Time, shots were fired in the 1300 block of S. Waterman Avenue near the Inland Regional Center, which is a non-profit organization.

According to ABC News, the San Bernardino Fire Department says there are multiple victims. There could be as many as 20. Authorities don't know how many of those victims were fatally wounded.

The FBI and the ATF are joining in on this active investigation.

President Obama has been briefed on this situation.