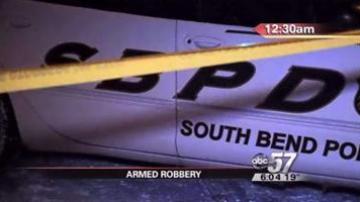 SOUTH BEND, Ind. -- While you were sleeping, police said a group of men with guns barged into someone's home in South Bend, and robbed the people inside!

It happened around midnight, on Scenic Drive. That's just off of Western Avenue.

As you can see, yellow tape surrounded the place. Officers said the home was ransacked.

Narcotics officers were on the scene for hours.

We've just received word that the homeowners were actually arrested for growing marijuana!

We'll bring you more on this story, as it comes in.