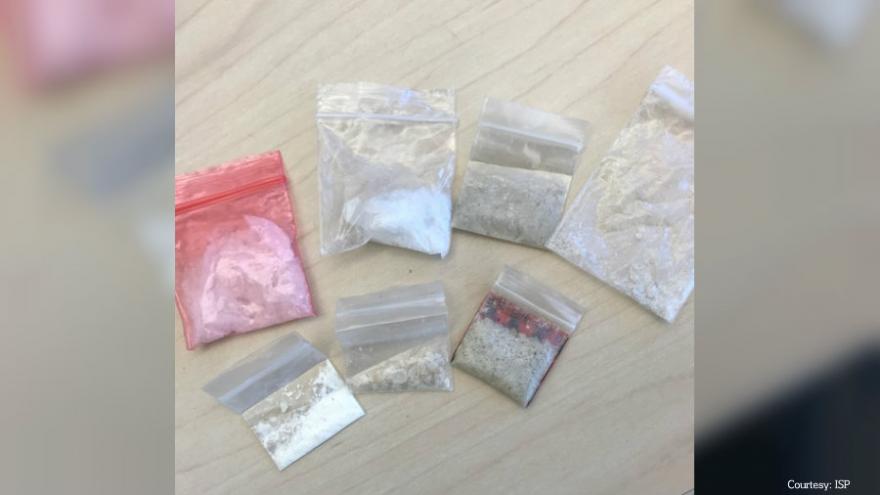 ELKHART COUNTY, Ind. – A South Bend woman was arrested at a service plaza after an Indiana State Trooper found her asleep in her car that was blocking traffic.

ISP Trooper Zarek Finley saw the Pontiac was running and not parked into a parking spot while it was blocking traffic into the plaza.

Anne Huston, 37, appeared to be sleeping behind the wheel around 5:20 a.m. on Friday.

Zarek approached the car and attempted to wake her up.

According to ISP, Finley smelled marijuana and saw items commonly used with drug use in the car.

The Trooper searched the car and found several items:

Huston was transported to Elkhart County Jail and was arrested on the following preliminary charges: