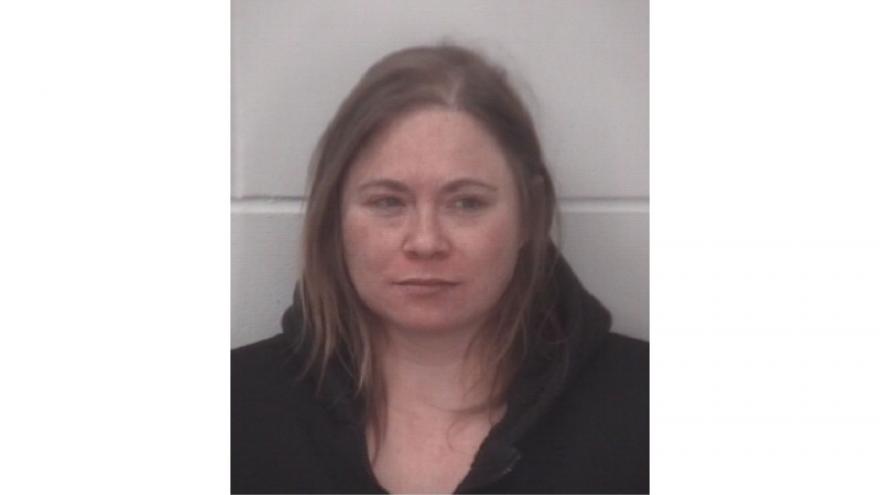 ELKHART, Ind. – A woman was arrested after police were called on her four times for allegedly causing a disturbance in an apartment complex, the Elkhart Police Department reported.

At 10:02 p.m. on Sunday, officers were called to the 3400 block of J Lane for a domestic disturbance report.

According to the investigation, a woman, later identified as 39-year-old Theresa Dobson of Elkhart, had been locked out of an apartment by her boyfriend.

Dobson was allegedly yelling so police told her twice to be quiet and told her to stop causing a scene, reports said.

The boyfriend refused to open the door and said Dobson didn’t live there.

Dobson was warned about disorderly conduct and was told to stop pounding on the door.

At 11:22 p.m., an officer arrived to the same location for a domestic disturbance report.

Dobson was allegedly yelling and pounding on the door outside the apartment again, according to reports.

Officers offered to take her somewhere else but she refused. She was again warned that she needed to quiet down or she could be arrested for disorderly conduct.

At 2:37 a.m. on Monday, an officer arrived to the same location for a domestic disturbance report.

At 2:54 a.m., the Elkhart Communications Center received a call complaining about a woman banging on a door.

When officers got to the scene, Dobson was allegedly still pounding on the door and yelling loudly, reports said.

Dobson was arrested for disorderly conduct.