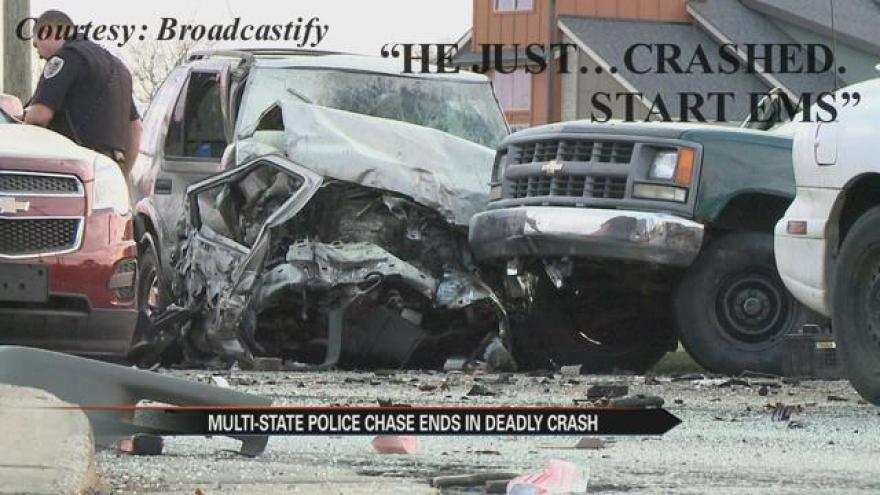 State Road 933 is back open after a police chase that turned deadly.

Police tell us a 62-year-old man died when his truck was t-boned near Darden Road.

The truck was ripped in half by the force of the impact.

Police say a silver Chevy Blazer smashed into the truck. Smoke and debris littered the road.

They say three cars were involved, two others were hit by debris.

Police tell us it started as a chase in Berrien County and moved into St. Joseph County, with speeds reaching 100 miles per hour.

"I hear a bunch of sirens coming through and a huge bang. Police everywhere and pieces of vehicles flying all over the place," said witness Jared Hatch.

Four people were in the blazer- two men and two women.

At last check, two were listed in critical condition. The other two were in serious condition.