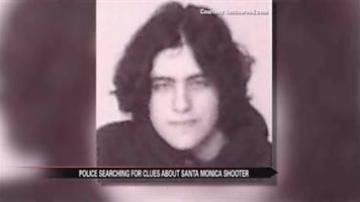 SANTA MONICA, Calif. — Police in California continue to search for a motive in a deadly shooting that left five people dead and four others injured in Santa Monica.

On Friday morning, police say 23-year-old John Zawahri's father and brother were found dead inside of a burning house.

Police say Zawahri then left the house, carjacked a woman and fired at several vehicles including a city bus.

According to police, Zawahri then allegedly shot and killed the driver of an SUV and injured the man's daughter.

Zawahri is accused of then running onto the campus of Santa Monica College and fatally shooting a woman.

The police later shot and killed Zawahri inside of a library.