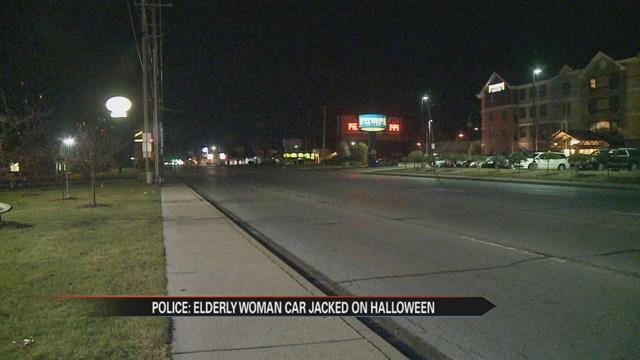 A good deed turned into a nightmare for a Michiana woman on Halloween.

For more than 3 hours, a 75-year-old woman was held against her will by multiple people, according to South Bend Police.

To escape the rain on Halloween night, police say a young man asked for a ride from an older woman who was leaving church Saturday afternoon.

South Bend police say moments after entering the car the young man pulled out a gun and forced the woman to drive to an unknown location to pick up two more people.

The group held her captive for hours and forced her to take out cash from an ATM with her own funds, according to police.

In a 3 hour span, they drove around to various stores buying items on her dime, according to police.

Police say one of the suspects always stayed in the car with the woman while the other two went inside the stores.

The woman walked to a nearby fast food restaurant to make the call to police and within a couple hours the car was spotted, along with the suspects.

Around 11 pm Saturday night, 2 juveniles and one adult were arrested.