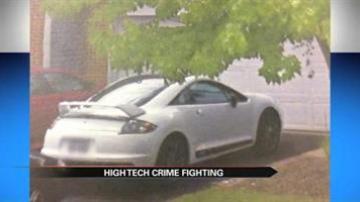 “We just happened to Google a place where we believed he may have an associate and lo and behold there was the vehicle,” said Lt. Dave Wells, assistant commander, South Bend Metro Homicide Unit.

The vehicle in the photograph is owned by Anthony Jefferson. Jefferson is wanted for the murder of Jason Reid and the attempted murder of Tyreece Jackson. And just a quick Google search allowed them to fine tune a description of the suspect’s vehicle.

"We're looking for a white sports car with a spoiler? What? That narrows it down to one in billion cars,” said Eric Tamashasky, cyber crimes, Saint Joseph County Police Department. “But you show them that car and that really helps the general public keep an eye out for that particular vehicle in hopes that we can get that guy off the street."

Tamashasky heads up the cyber crimes unit for the county and says this was a smart move on Metro Homicide’s part.

"This is a fantastic example of here's a somewhat distinctive automobile for a person wanted for a very serious crime,” said Tamashasky. “Metro homicide used everything at their disposal. A picture's worth a thousand words."

And police aren’t just using Google Earth to pull up pictures of wanted vehicles. They’re using it for so much more.

"It helps orient juries on where scenes are. Where things happened,” said Tamashasky. “Where homicides occur, where fatal crashes happened. We've used it to map cell phone towers with GPS locations to track people's movements throughout town to help better convict people of crimes including murder."