Police give advice on avoiding contractor scammers after flood 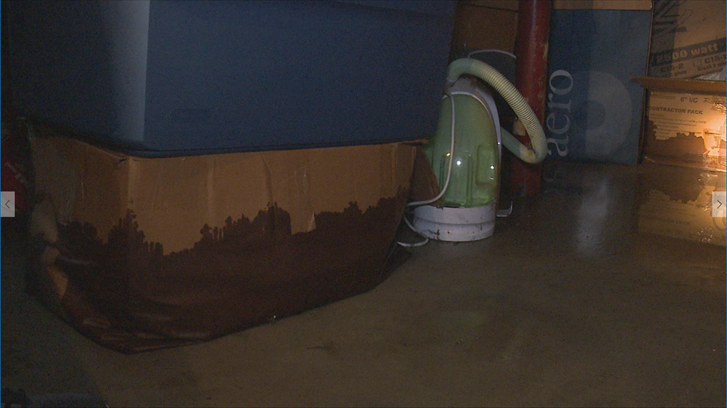 After record-breaking rainfall and catastrophic flooding, homeowners are looking for contractors to help them fix the damage.

But, scammers often take advantage of disasters like this one. It’s important to know how to tell the difference.

“If it’s too good to be true, it probably is,” said Assistant Chief Bill Thompson of the St. Joseph County Police Department.

“I really haven’t thought of a plan of attack yet,” said Sam Patterson, whose entire basement flooded.

“Sometimes in the aftermath of a disaster or any kind of widespread damage, sometimes, some contracting companies will come in from out of the area who may be a little less reputable than others, and those are the folks that we want people to be a little kind of wary of and leery of,” said Assistant Chief Thompson.

He wants them to be leery of these people as they’re dealing with damage like Chuck Watts and Sam Patterson.

“[We had] water damage in the basement,” said Chuck Watts.

“[Our] basement was completely filled all the way to the floor joists of the first floor,” said his neighbor Sam Patterson.

Assistant Chief Bill Thompson says to be careful and smart about their decisions.

“Anytime it’s a door-to-door kind of thing with an out of town company, we want people to be a little more cautious. It’s always safer to go with more local, more established businesses that your friends or relatives have a relationship with,” said Thompson.

“We have a restoration company coming to bring a big dumpster and put it in the driveway, and then we’re just going to bring stuff up out of the basement and throw it all out. My son and law works part time for the company, so I called him first,” said Watts.

“It’ll probably be recommendations. I have enough people out there in trades and stuff that will be able to recommend the individual people,” said Patterson.

Still, the best defense against scammers is to be informed.

“We always want people to make a good well-informed decision about cost. If you have an idea what materials and labor might cost, and something’s really below that, it’s something to be leery about. It’s something that should raise a red flag and make you ask a couple more questions,” said Thompson.

Here are the Area Director for Northern Indiana's Better Business Bureau, Dreama Jensen's tips for making sure you're working with a reputable business:

1.      Check with your insurance company to see what kind of coverage you have to make sure you don’t agree to any construction work that doesn’t need to be done.

2.      Request the name, address, and phone number of the person who has contacted you.

a.      Scammers will be out going to door to door and will definitely operate differently than if you seek out contractor.

3.      Ask for a written contract fully stating what is to be done and what the cost will be.

c.      If want additional work done, annotate it in contract

4.      Ask for references, name and address of potential contractors—it's an indication to them that they’re being checked out.

a.      Typically, a legitimate contractor will not ask for more than one third of the payment in advance.

3.      Be wary if the contractor comes knocking on your door.

The BBB will have a list of accredited and non-accredited businesses rated online at www.bbb.org.

You can input the name of company to check it out, or you can search for reputable contractors under "Categories".