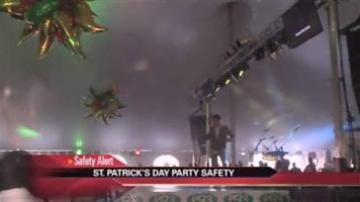 Because of a massive street fight in March, officers want to make sure the downtown area is safe.

A fight outside Club Fever escalated when two people were shot and injured by an unknown gunman on March 3rd.

South Bend Police said they have officers working overtime to make sure it doesn't happen again.

Captain Jeff Rynearson said, “That’s part of it. Any time you have a large crowd of people, you want to make sure everyone gets home safely, that’s first and foremost.”

The Green Tent in South Bend was a hot spot Friday night, and several officers were working security.

“Obviously if you see a police officer, you’re going to know to curtail your activity to a certain point at least and keep it under control,” Rynearson said.