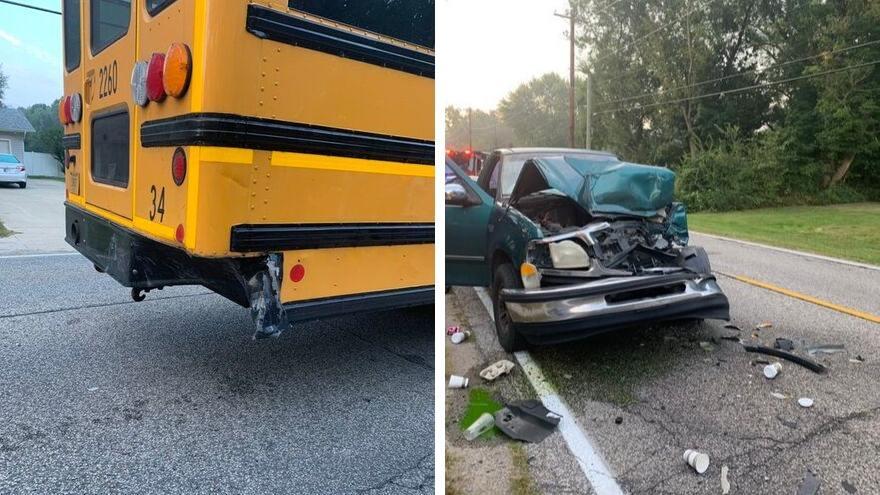 ELKHART COUNTY, Ind.—Police are investigating a crash involving a school bus on Wednesday.

According to officials, officers responded to the crash on Mishawaka Road between County Road 1 and County Road 100 around 7:25 a.m. involving a school bus and a Ford F150.

No injuries were reported on the school bus, which was carrying a driver and 17 students at the time of the crash.

The 60-year-old female driver of the F150 complained of leg pain and was taken to the hospital, police reports said.

Police reports said that the school bus was stopped to load a student and had activated its red lights when the F150 crashed into the back of the bus.

The driver of the F150 was cited for following too closely, police said.

According to a tweet sent out by the Baugo Schools Superintendent, all students on the bus were transported to class and parents will be contacted by the district.