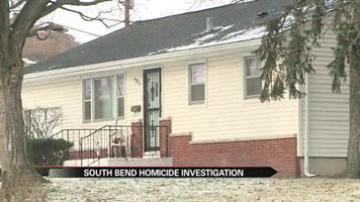 SOUTH BEND, Ind. -- South Bend Police are investigating a homicide on South Bend's west side that happened overnight at 3911 Roxebury Plaza. The South Bend Police Department responded to a call about a man found unconscious and not breathing around 1:20 a.m. Monday.

When Police arrived at the scene, they determined that the man, 41-year old Preston Flowers, was dead. He had been shot at least once.

Metro Homicide's Lt. David Wells said there are no suspects in connection to Flowers' death at this time.

According to the coroner, the victim died of multiple gunshot wounds.

Kurt Klute has lived in the neighborhood for more than 20 years. He says until this shooting, he never thought of his neighborhood as a violent place.

Flowers' wife found his body in their front yard just after 1 a.m.

Neighbors and friends knew Flowers as a family man, watchdog of the neighborhood and a loyal fighting irish fan.

One resident, who didn't want to reveal his identity, says he has lived on Roxebury Plaza for 25 years.

"It's going to make the neighborhood different. Like I said, it scares me now to be here," he said. "The quicker they find who did this, the better."

Police say they are still working to find out who is responsible for the murder of Preston Flowers. If you have any information to share about the shooting you're asked to call South Bend Police Metro Homicide or Crime Stoppers.