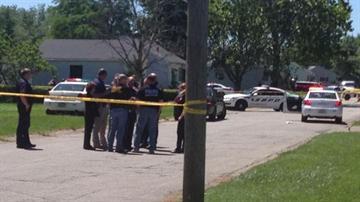 SOUTH BEND, Ind. -- South Bend Police are investigating a stabbing that happened in the 3600 block of West Jefferson Friday afternoon.

Police said an off duty officer was driving on West Jefferson and found a young man on the ground, bleeding.

The victim was taken to Memorial Hospital where he is in critical condition.

The investigation revealed the victim and another person were fighting and the victim was stabbed.

Even though they have a suspect in custody, police are still looking for witnesses.

"We're still trying to talk to the witnesses and the people that were out here that want to come forward. Obviously, we're looking for more people to come forward and tell us what happened. We're getting some cooperation but not total cooperation," said Captain Scott Hanley of the Metro Homicide Unit.