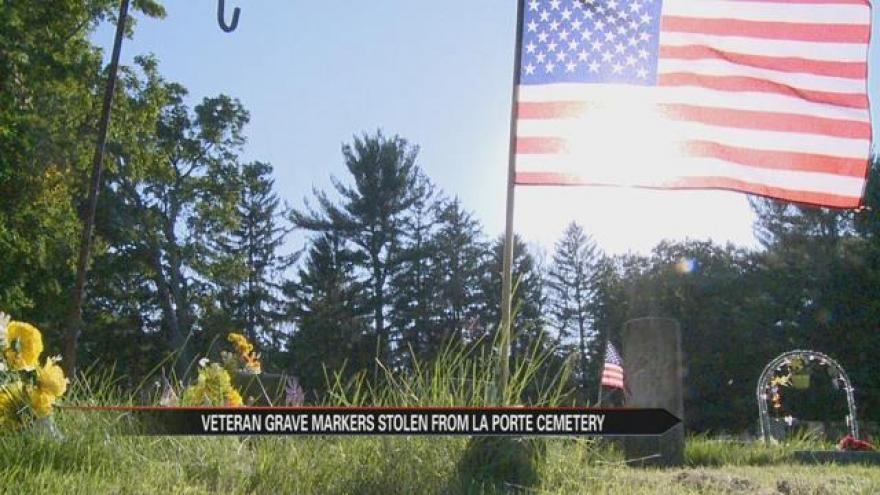 La Porte City Police are investigating a theft at the Patton Cemetery.

The VFW marks veteran’s graves with a bronze grave marker and American flag. But police say many of these memorials were taken apart and found throughout the cemetery on Sunday.

Police say the brass stakes used to keep the flags in the ground were stolen.

“We’ve had vandalism and stuff stolen before, it’s just a shame when stuff like this happens at a cemetery and then also for our veterans,” said Harris.

Harris says the thief probably stole the brass stakes so they could make money by scrapping them.

Harris also said this crime has become common across the country. So common, that antique shops are no longer permitted to purchase the brass grave markers from sellers because it’s so likely they were stolen.

Because the cemetery does not receive outside funding, all of the costs that go into maintaining the grounds, including acts of vandalism, fall on Harris.

“We have a very small budget here at the cemetery, if any budget at all, to maintain it. Any extra things like this make it really hard,” said Harris

The bronze markers are valued at $50 each.

The VFW will replace the markers.

If you have any information about this crime you’re encouraged to contact La Porte Police at (219) 362-9446.