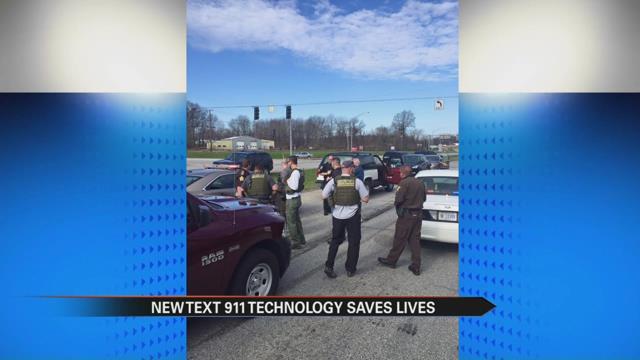 After a woman was kidnapped on Wednesday, she says she couldn't call police but she was able to text 911 and that's how police found her and the suspect.

Police say the woman is safe and sound thanks to her cell phone and a new service available to residents.

To understand how it works, we go back a couple of days.

Back on Wednesday, dispatchers in St. Joseph County worked tirelessly to find a woman who said she had been kidnapped.

The 28-year-old victim was walking in the 3500 block of Western Avenue when a man in a car took her and held her hostage.

“Something happened during the course of that ride and she was able to text to 911 that she was in trouble,” said Liutenant Patrick Hechlinkski with the South Bend Police Department.

Police were able to locate the suspect and the victim soon after.

We tested out the technology entering “911”, typing the word HELP, then hitting send.

Immediately a dispatcher responded to the emergency.

“It was fortunate they had that capability and she was able to summon help,” said Lieutenant Hechlinkski.

The text to the 911 system is fairly new in town. It deployed in December of 2015 but already dispatchers are seeing the need.

“We've had 273 inbound texts since we started the system. We had the potential of saving a life just by implementing new technology,” said Brent Croymans, the Executive Director at the 911 center.

Grateful to know new technology has saved at least person a dangerous situation.

The suspect was arrested on the scene and is now at the St. Joseph County jail.

Police are still investigating this case.