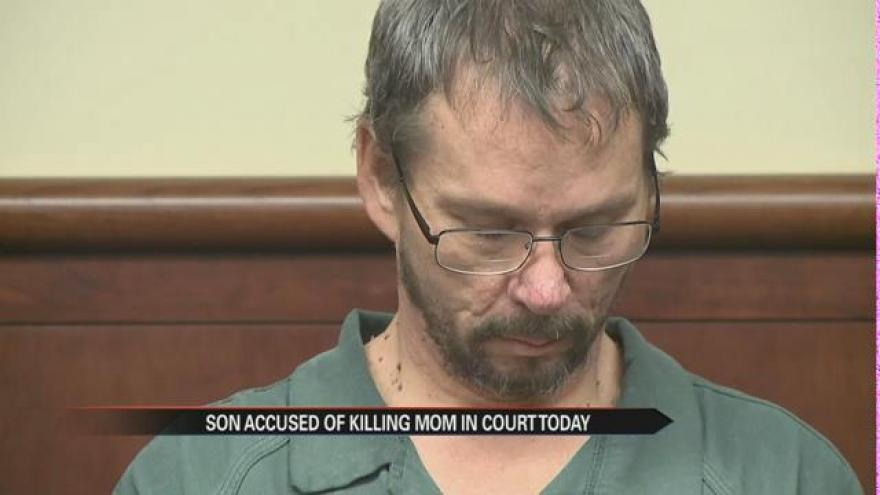 In court police said an accused killer in Coloma used a meat mallet, a pillow, and a kitchen knife to murder his mom.

Lieutenant Gregory Sanders with the Berrien County Sheriff's department was called as a witness for the preliminary examination of Monty Menefee on Thursday.

Lt. Sanders said evidence technicians found a note to Menefee's wife along with his deceased mom's life insurance policy at the crime scene.

The April 24th homicide in the town of Coloma is the first in 30 years.

A chaplain called police because he was worried Menefee was suicidal.

During that welfare check at the warehouse where Menefee lived with his mother, wife and her two children, police found the body of 79-year-old Lavonne Monta.

Menefee fled from the area and was captured in Lake County, Ohio several days later.

Investigators from Berrien County traveled to Ohio to speak to Menefee.

Lt. Sanders said, “Yes during the interview he made 10 or 11 statements confessing that he had been the one that killed her.”

Sanders said Menefee explained how he killed his mother.

Sanders said, “He struck Lavonne with a meat mallet on two occasions and confirmed that the mallet was broken during that assault.”

Menefee dabbed his eye with a tissue in court as Sanders elaborated on how Monta was possibly suffocated with a pillow.

Sanders said, “He explained that he then began to smother her hoping that she would be knocked out and wouldn't be in pain at that point.”

Menefee allegedly told Lieutenant Sanders that during the assault his pitbull began to attack him when they sensed his mom's pain.

“He didn't want the dogs to wake up the kids and this was creating a commotion so he explained that he kind of panicked and had to get the dogs out of the room at that point and after he got the dogs out of the room, he was near the kitchen area and the first thing he saw was a chef's knife and he grabbed a chef's knife and went back in and described it as ‘going really fast' and killing his mom,” said Sanders.

So what may have pushed Menefee over the edge? A letter left to his wife along with his murdered mom's life insurance policy gave police an idea.

Sanders said, “He explained that in his mind, he could justify what he did, describing this as a mercy killing. He did ask if Michigan had a death penalty. But he said that was too good for him.”

Menefee's attorney will be back in court July 10th and his trial is scheduled for mid-October.

CORRECTION: Jennifer Smith is identified as the prosecutor in the video. The Prosecutor is Cortney O'Malley-Septoski.