Police on the lookout for drunk drivers 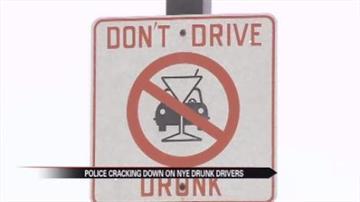 SOUTH BEND, Ind. -- On New Year’s Eve, Michiana residents will pack parties in homes, bars and restaurants. Area police are working to keep drivers safe from people who are drinking and driving.

As we say goodbye to 2012 and bring in the new year, it's a night for celebration.

For police, it's a night to crack down on drinking and driving.

South Bend Police say they are beefing up patrols and enforcing a zero tolerance policy.

Driving with a BAC of .08 and higher is illegal in Indiana.

“If they reach that limit then they are taken down to county jail,” said Lt. Joseph Galea of the South Bend Police Department.

Police see the number of DUI's falling slightly each year but it's not enough.

They know where to look and they will be watching.

South Bend Police say they generally see the most drinking and driving on the east side of town.

“Near the campus of Notre Dame, you have different restaurants up east Eddy Street Commons area,” said Galea.

Memorial Hospital says that since police started increasing patrols on New Years Eve, they've seen a drop in the number of people that get rushed to the emergency room.

If you are out celebrating and are drinking, your best bet is to take a cab.

“Pretty much just party responsibly, make sure you have a designated driver if you go out drinking or stay home and have trivia and pizza at the house,” said Galea.

If you’re hosting a party, police say to make sure you do not let your guests leave without a safe and responsible way home. Even if it means you have to let a few people spend the night. You might just save their life.