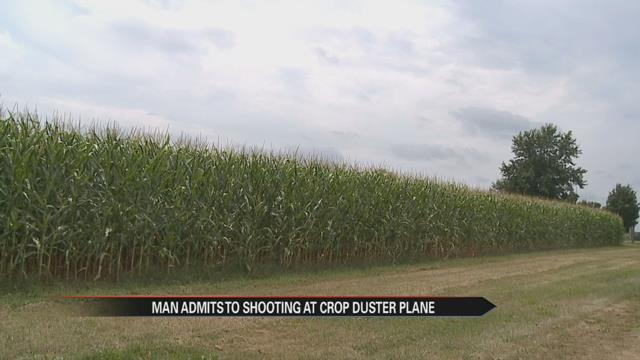 Police say a man fired a semi-automatic handgun at a crop duster spraying the land next to his home Thursday night.

Police responded to the incident on Crumstown Highway in South Bend after multiple calls from concerned neighbors who heard the shots.

Police say Kolber told them he was aware of what he was shooting at, and he wasn’t alarmed or surprised by the crop duster, but it made him angry.

“Our information is that the person involved was just upset that the aircraft was flying low in the area and it was sort of disturbing him in his residence,” said Assistant Chief Bill Thompson of the St. Joseph County Police.

Neighbors say seeing a crop duster in the area isn’t a surprise and typically people don’t have an issue with them.

“It seemed like what he was trying to do was warn him off, to make him stop what he was doing,” said Thompson.

Police say intimidation is one of the possible charges Kolber could face for this incident.

“I understand people’s frustrations sometimes. Generally speaking firing a hand gun is not the way to get those situations resolved,” said Thompson.

After police conducted their investigation which included witness interviews and an interview with Kolber at his home, they handed over the reports to the St. Joseph County Prosecutors Office.

It will be up to the them to decide whether or not to file charges.

“We always caution folks not to use firearms in any kind of a manner that poses a risk to others and certainly this is something that could have done that,” said Thompson.