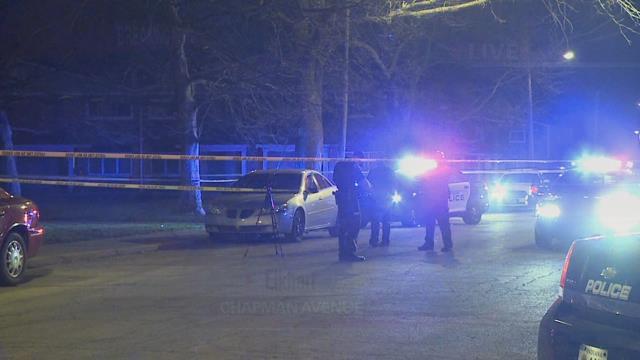 Elkhart Police responded to the scene of a shooting at Washington Gardens in Elkhart that left one man with life-threatening injuries.

The call came in at 8:18 Sunday night about a shooting in the 400 block of Chapman Avenue, just west of Benham Avenue.

At least 7 squad cars were on the scene of the shooting, according to our reporting partners at The Elkhart Truth.

According to police, one male victim is being treated at Elkhart General Hospital for life-threatening injuries.

No arrests have been made yet and police have not released any suspect information.

Police say technicians arrived to process the evidence on scene and detectives are speaking with witnesses to gather more information. They believe this was an isolated incident and residents should not be concerned for their safety.

During our 11:00 p.m. newscast, our reporter was on scene when someone began shooting at the officers on scene.

Police drew their guns and took cover behind the apartment buildings .

They warned those outside it was not safe and to get into their apartments.

It is unknown at this time if anyone was apprehended from this shooting or if the two incidents are related.

Stay with ABC 57 News for the very latest.