Police say recent streak of violence is a rarity 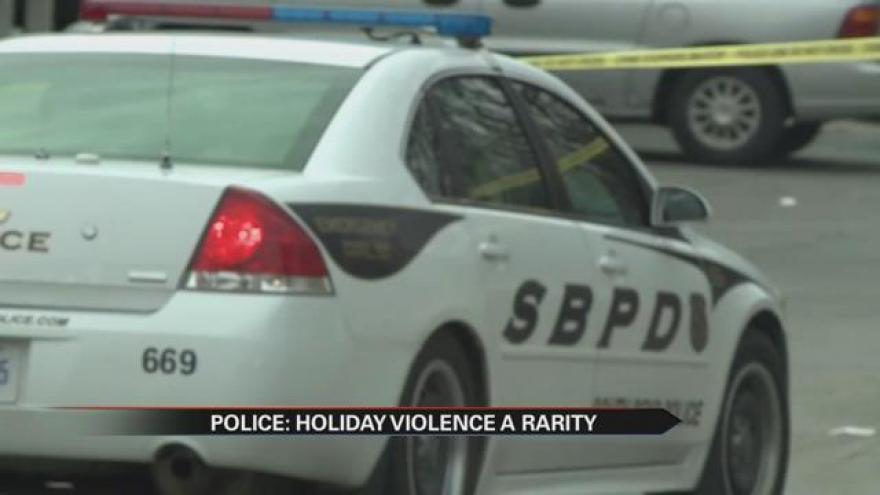 South Bend Police have been working around the holidays after 4 shootings and 1 stabbing has them searching for suspects.

Captain Scott Hanley, a 23 year veteran of the force, says these aren’t the normal crimes they solve around this time of year.

Crime during the holiday season has become an annual task for police officers, but as 2016 dawns, violent crimes are a different story.

"We see a lot of domestic violence and usually we see an uptick in robberies. As far as the shootings and the stabbings we don't generally see that," said Captain Hanley.

Captain Hanley says he hasn't seen a violent holiday stretch in the city since the 90s.

"I would say it's pretty rare. We have our shootings and different events that take place throughout the year. But to have everything grouped up especially through the holidays is very odd," said Hanley.

Hanley says robberies and domestic disputes have actually gone down from past holidays. But this year six violent incidents from December 23rd through the 27th are changing that, with one person dead as a result.

Although most didn’t expect to handle the tragic incidents around this time and the patrols were already planned, they now gain a sharper focus.

"We've always got extra officers out and we have officers on call so if something else happens we can call others in," said Hanley.

Police have now determined the crimes are not connected, with some participants being from out of town. But why such violence even occurred is still left unknown.

All of the incidents are still open and being investigated, including Sunday's stabbing where an arrest was made.

If you have any information South Bend Police urge you to give them a call.