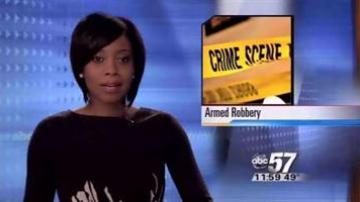 SOUTH BEND, Ind. -- Two armed robbers are on the run after a robbing a local tobacco store.

Police said they robbed a clerk at Tobacco 31 on State Road 933.

Police said thieves led the woman into a back room, duct-taped her hands, emptied a safe, took her cell phone, car keys, and money.

Police said the crooks then took off in the victim's car.

It was later found a couple of blocks away.

Police are now searching for the thieves.