Police searching for suspect who robbed an elderly woman 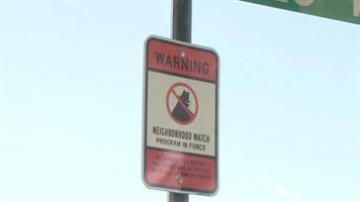 SOUTH BEND, Ind.-- Police are searching for a man who robbed a 90 year old woman in her home Saturday night. It was the second home invasion in South Bend over the weekend.

Neighbors are shocked that someone would target the elderly.

Janet Ferraro said, “Shame on you it’s elderly people, shame on you.”

The suspect stole an undetermined amount of money and jewelry.

Fortunately the victim was left unharmed.

Dar Suran said, “Someone broke in the home, and this lady had a life alert button and she pressed the button and the police came but they were a few minutes too late and he vanished.”

Duran said he learned about the robbery in his neighborhood at church.

The elderly victim told police that the male came to her door trying to show her a picture of a dog, but she couldn’t understand him.

Five minutes later he was in her house.

The suspect broke the front door knob and shattered the victim’s back door.

Neighbors said they will be making phone calls to alert others in the neighborhood.

Cindy Schreiner said “It’s a little unnerving. We look out for each othe and we keep our lights on. I think I’m going to turn a few more on.”

Shreiner walks her dog around Tawny Lake neighborhood and is shocked that something like this would happen here.

Schreiner said, “You can’t be sitting around thinking that you’re safe and immune because you’re not.”

Shreiner and Ferraro said they plan on calling their neighbors so everyone will be on the lookout.

Ferraro said, “That is just sick. I don’t understand. They have grandmothers too ya know.”

If you have any information regarding the two home invasions call St. Joseph County Police.