Police searching for suspects in shooting and armed robbery 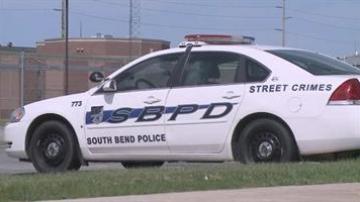 The bakery worker on duty was hit over the head and taken to the hospital.

Police said the suspects were two black males who used sweatshirts to cover their faces.

Just 30 minutes before the robbery a 22-year-old was driving his friends home near Lincolnway West and Olive Street when he was shot in the elbow.

Residents in that neighborhood said they are sick of the violence.

Thomas Bryant said, “I like it over here and I’m at peace over here but it’s just too dangerous for my kids. They need to be in a safe environment.”

Police said shot spotter notified them that there was gunfire in several different neighborhoods around 3:30 a.m.

During their investigation they found shell casings on Longley Avenue but they were unable to make any arrests.

Bryant said he's leaving O'Brien Street so he can raise his children in a safer neighborhood.

Bryant said, “It’s been kind of dangerous. We had a shootout right in my yard last year.

If you have any information regarding the armed robbery at Dunkin' Donuts or the shooting on Olive Street call the South Bend Police Department.