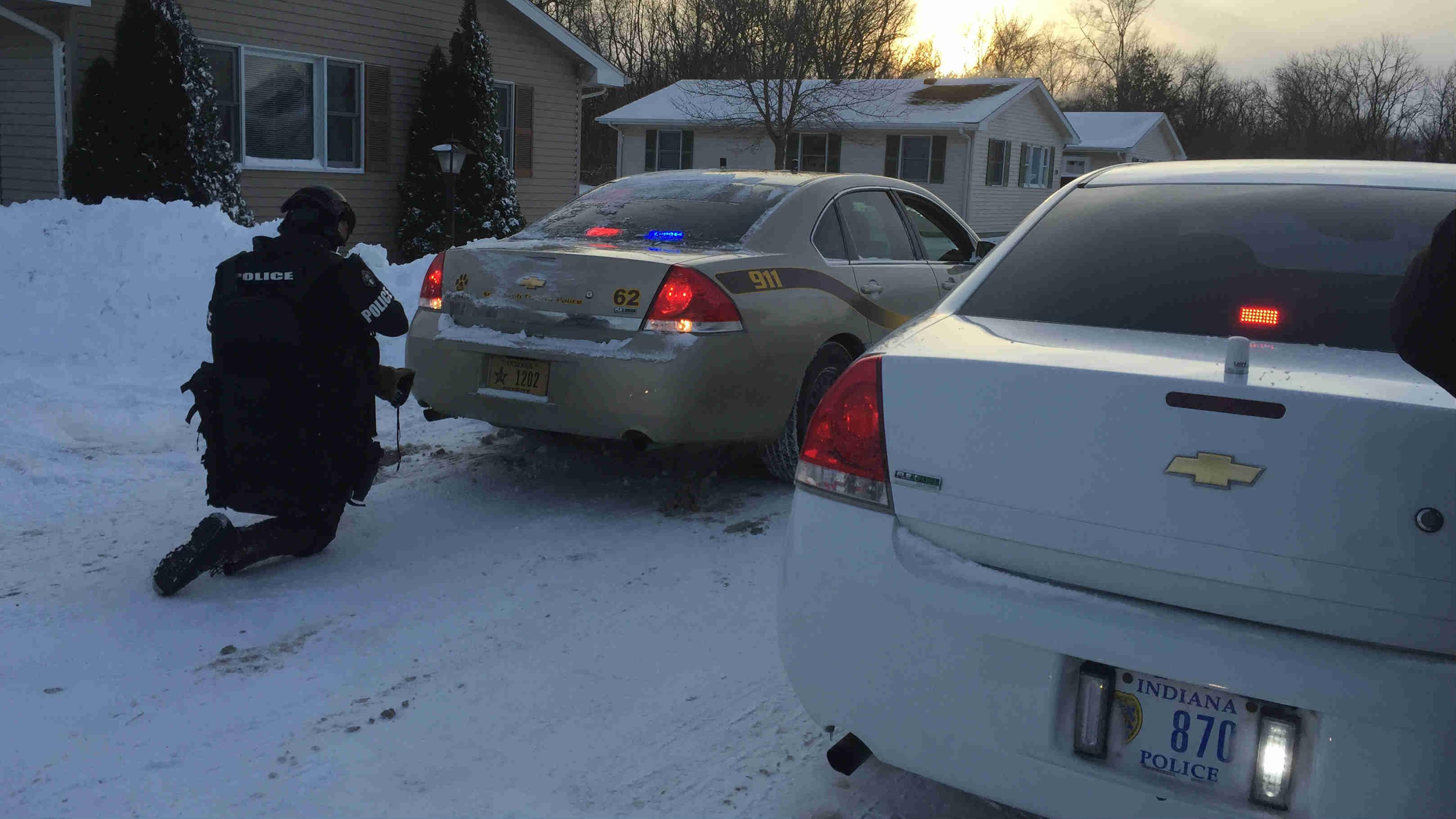 The St. Joseph County Metro SWAT Team was activated Sunday afternoon to respond to a man with a gun, according to police.

Officials at the Walkerton Police Department say they received an emergency call around 4:40 p.m. from a female living in the 100 block of Woodcreek Drive.

Police say the woman was screaming for a man to put down a gun.

According to officials, the woman was the elderly man's caretaker and the man had been threatening to commit suicide.

When officers arrived on scene, they found the woman had left the home and the man had barricaded himself inside.

Police then made the call to evacuate the surrounding residences and activate the SWAT team.

Authorities say the man came to the door waving a gun and screaming "shoot me" before locking himself inside again.

Police say the man never pointed the gun at any person.

After several hours and many attempts to make contact with the suspect, SWAT made entry into the home, where they found the male suspect dead with a self-inflicted gunshot wound.

The case has been turned over to the St. Joseph County Metro Homicide Unit for investigation.

The suspect's name has not been released.