POLICE: Walgreens held up after robber slips cashier a note 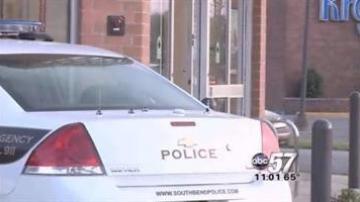 SOUTH BEND, Ind. -- Right now police are searching for the man that robbed a local pharmacy on South Bend's West side.

Police were called to the Walgreens at the corner of Lombardy Drive and Western Avenue at 8:08 p.m. after a young man handed the cashier a note demanding money. The robber then ran out of the store after taking an unknown amount of money.

Police do not believe the robber was armed and are still unsure if he fled on foot or drove off in a vehicle.

According to officials, one of the four employees working at the time had been near the back of the store when it happened and was on the phone with police while the robbery was in progress.

While our ABC 57 News crew was on the scene a young man matching the suspects description was apprehended in the Apartment complex nearby. The man was released a few minutes later after the cashier confirmed that he was not involved.

Employees say this is the second time this month that the Walgreens has been robbed.