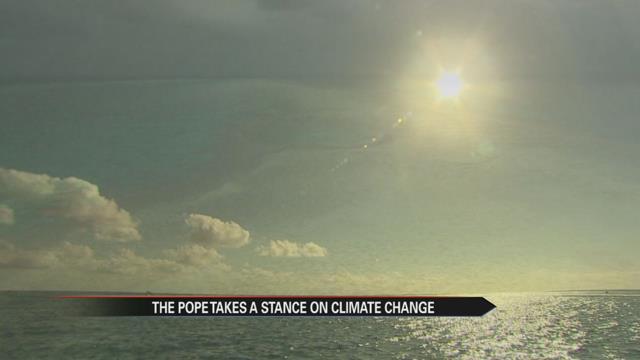 This past Thursday Pope Francis released his environment papal encyclical. In this document, he talked about climate change and how he believed people can play a role to help or hurt planet Earth.

It is his call for an ethical movement to stop climate change from destroying the earth. He attributed the change to the overuse and misuse of natural resources. Therefore, he hopes to have a radical change in politics, economics, and individual lifestyles to tackle climate change.

Sharon Horvath is a Science and Care Creation Professor at St. Thomas Aquinas in Indianapolis. She said that the Pope's message will make people want to act.

"He's calling for people to become educated. Creation care looks at everything as a whole to try and help understand human role in creation and what we're called to do about it," said Horvath.

The Pope also made it clear in his statement that he hoped this will influence energy and economic policy to stir a movement globally. He also believes that education is key.